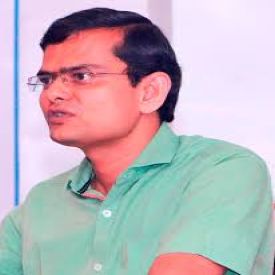 While intergenerational educational mobility of father-son pairs in India has been documented to some extent, there is negligible analysis on how daughters compare to their mothers in terms of educational attainment. This article finds that there is substantial intergenerational educational mobility among women in India; however, about one-fifth of it is downward. Also, upward mobility varies significantly between lower and upper castes.

A key reason for the deplorable condition (in terms of education, heath, occupation, agency, etc.) of women in India has been the rampant gender-based discrimination, which dates back to at least about 3,000 years. For instance, this is reflected in the following hymn from “Atharva Veda” (ancient text from the Indian Vedic system) from circa 800 B.C.E.:

“May he (Prajapati [GOD]) elsewhere afford the birth of a female, but here he shall bestow a man!”

The pertinent question here is: why should we worry about women’s education at all? Besides the normative point of view that there should not be any systematic differences in the educational attainment between men and women, studies have shown that the welfare (demographic, economic) of households in general and children in particular depends on women’s (mothers’) educational attainment (Singh, Gaurav, and Das 2013).

In a recent study, I, along with Akanksha Choudhary, examine intergenerational educational mobility among women (mother-daughter pairs) in India (Choudhary and Singh 2017). We analyse data from the “Youth in India: Situation and Needs (2006-07)” survey conducted by the International Institute for Population Sciences (IIPS), Mumbai and the Population Council, New Delhi. Our sample comprises of 22,296 young women (15 to 24 years age group) from the states of Andhra Pradesh, Bihar, Jharkhand, Maharashtra, Rajasthan, and Tamil Nadu; these states together represent about 39% of the country’s population and were purposively selected to represent the four geographic regions (North, East, South, and West) of India (IIPS and Population Council, 2010).

The mobility measure, M1, which varies between “0” (no mobility at all) and “1” (perfect mobility) shows that the overall mobility at the all-India level is about 0.69 (that is, about 69% of the women end up in an educational category different from their mothers). Approximately, 80% of this overall mobility is upwards. Also, the downward mobility in rural areas is substantially higher compared to urban areas, which is worrisome. An important point worth noting is that about 32% and 22% of the overall mobility among the SC/STs (Scheduled Castes/Scheduled Tribes) and OBCs (Other Backward Classes), respectively, is downward mobility, respectively, which is only 15% in the case of “Other (General or Upper) Castes”.

Results based on summary measure M1 indicate that the overall mobility in the states of Andhra Pradesh, Maharashtra, and Tamil Nadu is much higher than that of Bihar, Jharkhand, and Rajasthan. Also, downward mobility in Bihar (40% of total), Jharkhand (35%), and Rajasthan (20%) is substantially higher than that of Maharashtra (15%), and Tamil Nadu (16%).

Final remarks and some reflections

At the all-India level, the overall intergenerational educational mobility is generally high. However, nearly 20% of the overall mobility is downward which needs some explanation. There could be multiple reasons: first, a large portion of the downward mobility is contributed by SC/ST and OBC females. SC/ST and OBC children suffer from discrimination and are disadvantaged compared to other-caste children, with the effect stronger for females (Drèze and Kingdon 2001). Also, access to education has been unsatisfactory for SC/ST and OBC children. This might result in the large proportion of SC/ST and OBC females receiving lesser education than their mothers. Second, many of the women covered in the study have seen their mothers working as housewives although they have some years of education, which leads to the formation of a belief system where a female feels that even if she attains a certain level of education, she is finally going to end up being a housewife. Third, a strange phenomenon which has been observed across many countries (especially in Europe) is that the likelihood of downward mobility in the recent past has increased (reasons still unknown) for the young cohorts (Thijssen and Wolbers 2016). Finally, something can also be traced to the reorganisation of Indian families from joint to nuclear families where daughters of working mothers feel that they did not have somebody from the family to sufficiently care for them during their childhoods; hence, they decide they will not work outside the household and therefore, choose not to study too much.

As there are large inter-caste variations in upward mobility, it requires some reflections.

Last but not the least, there are large inter-state variations in intergenerational educational mobility among women in India with the overall mobility as well as its upward component being much lower in the economically and demographically backward states of Bihar, Jharkhand, and Rajasthan. India suffers from substantial inter-state variation in educational attainment (especially of women) with the states of South (such as Tamil Nadu) and West (Maharashtra) being in much better position than Bihar, Jharkhand, and Rajasthan. The problem of gender bias is also more severe in Bihar, Jharkhand, and Rajasthan. Lower educational attainment coupled with higher gender discrimination in the backward states might be the reason behind their substantially lesser upward intergenerational educational mobility.

How to keep more girls in school? Lessons from Bangladesh