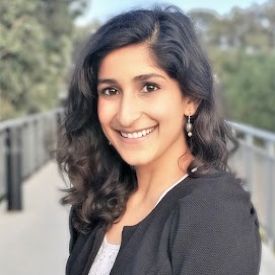 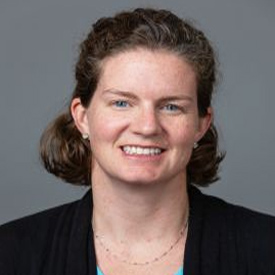 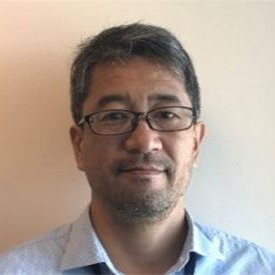 A large number of people lack access to reliable and high-quality electricity supply. Off-grid solar technologies can fill this gap, but adoption remains low. This article looks at the role of information provision on the adoption of solar home-systems in three Indian states, and finds that potential customers who were better informed expressed a greater interest in solar products, even though actual take-up remained low due to income and credit constraints.

Around the world, a tremendous number of people (approximately 840 million) lack access to electricity; even more people (an additional one billion) receive electricity from grids that provide poor quality services, with frequent outages and voltage fluctuations (World Bank, 2020). In addition to the environmental benefit, off-grid solar technologies can help by either providing electricity services until the grid is extended, or by filling gaps while the electricity service quality remains poor (Sharma et al. 2020). The latter is particularly relevant in South Asia, which faces the most power outages of anywhere in the world (Zhang 2019).

Even with their numerous benefits, the adoption of off-grid solar remains low. Previous studies have examined a number of potential reasons for this low adoption, such as low willingness to pay (Rom and Günther 2019, Burgess et al. 2020, Grimm et al. 2020, Sievert and Steinbuks 2020), liquidity constraints (Grimm et al. 2020), and preferences either for the centralised grid (Burgess et al. 2020) or specific appliances that are potentially better-powered by the grid (Lee et al. 2016). However, some other explanations remain understudied: for example, the role of incomplete information about solar products and their suitability for different appliances has been highlighted as a contributor to low adoption among middle-income households and small firms (Trivedi et al. 2017, Chaudhary 2018). The provision of information has shown some promise in other adoption contexts (see Aker and Jack 2021), and if it can increase adoption of solar products, it could prove to be a remarkably low-cost way of increasing adoption.

Our recent study (Mahadevan et al. 2022) consisted of a randomised experiment conducted in the Indian states of Bihar, Uttar Pradesh, and Odisha to understand the role of information and its delivery on the adoption of solar home-systems. We worked in collaboration with a solar start-up selling home-systems that had previously faced relatively low take-up. According to marketing surveys done by the company, one of the reasons for this was poor information about these products.

The partner company relied on sales agents to sell their solar products, with one sales agent assigned to a census block as their sales territory. A business model using sales agents in this way is potentially prone to information asymmetries between sales agents and potential customers; however, this is not uncommon in developing countries (Ashraf et al. 2013).  Sales agents may see the potential customers’ incomplete information as an advantage that allows them to either over-promise a particular solar product’s ability to power appliances, or upsell solar products beyond the customer’s need. Both these concerns were highlighted in a pre-experiment survey of past purchasers (Sambodhi Research, 2018). Prior to the experiment, the solar company provided financing options through a pay-as-you-go model, so credit constraints had been addressed to some extent.

The study tested whether a mobile application, which provides accurate product information that is loaded on electronic tablets and used during the sales process, improves consumers’ product knowledge and increases adoption. The intervention proceeded as follows: within the solar company’s sales regions, 74 census blocks were randomly assigned to either treatment or control groups. Sales agents operating in treated census blocks were equipped with a tablet containing a special application (the ‘treatment app’) to collect information about the potential customer (such as their ability to pay and electricity needs) during the initial sales visits. Images of and information on the suitable solar products, including specifics on the appliances feasibly-powered by the product, were provided through the application. Sales agents in the control group also received a tablet, but theirs contained only an electronic version of the standard product catalogue.

We used several sources of data for the analyses, including the solar company’s data on sales agents, their assigned census blocks, and their historical sales records. In addition, we use data from baseline and follow-up surveys, which collected data on customers’ characteristics, their experiences with electricity and solar products, their knowledge about solar products, and their impressions of the sales agent’s product knowledge and professionalism. We surveyed 2,246 existing solar company customers for developing the baseline in June 2020 and 2,328 potential customers (those approached by both the treated and control sales agents) for the follow-up in October and November of 2020.

Our analyses led to three main results. First, potential customers approached by treated sales agents (that is, those with the treatment app) were significantly better informed about their purchase options than the potential customers in the control group. Second, these customers also perceived the sales agents to have higher level of professionalism and product knowledge. These effects occurred despite the control sales agents also utilising tablets in the sales process. Third, the intervention led to a stronger interest in adopting solar home systems among the treatment group that was 6 percentage points higher than the control group.

Although, we did not find significant effects on actual adoption during our short-run study period, it is possible that this would be impacted in the longer-run. Multiple visits from a sales agent are typically required prior to a purchase, so we view the potential customers’ plan to adopt solar in the near future as a strong predictor of later purchases1. Additionally, it is possible that actual adoption was affected by recent income and credit constraints that occurred because the Covid-19 pandemic was interrupting labour mobility and earnings at the time of the study.

This study provides insights on a relatively understudied demographic group: lower-middle- and middle-income households in India. This group is important, as the global middle class is expected to play a substantial role in the future purchases of energy-using assets (Gertler et al. 2016) and will be the target of government policies to subsidise electricity use2 in order to keep it affordable (Government of India, 2018). This consumer demographic is also likely to use solar home-systems explicitly for smoothing consumption of electricity services3, and not only as a substitute for grid electricity. The increasing scope for uptake of off-grid solar technology by lower-middle- and middle-income households highlights the importance of solar, not only for achieving energy access goals, but also for ensuring reliability of energy service consumption.