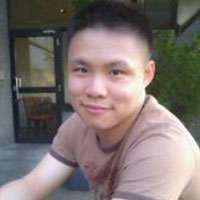 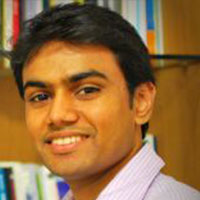 While access to energy is crucial for development, statistically representative surveys on the issue are missing in India. Based on a survey on energy access in six energy-poor states in north India, this column finds that although domestic electricity connections in rural areas have increased rapidly, quality of supply remains poor. In terms of clean cooking fuels, people strongly prefer LPG but poor availability and high upfront costs of connections limit access.

When the northern electric grids of India collapsed at the end of July 2012, almost 700 million people were left in the dark and the media declared the blackout a national embarrassment. For rural India, such spectacular failures are but one element of a broader problem of the lack of energy access. According to the 2011 Census of India, 400 million people did not have an electricity connection at home and 800 million still on traditional biomass for their cooking needs. Most of these people live in rural households.

To this day, statistically representative surveys that capture the different dimensions of energy access have been missing from India. To begin addressing the problem, we fielded a survey in 2014-2015 of 8,568 households in 714 villages in six energy-poor states of north India - Bihar, Jharkhand, Madhya Pradesh, Uttar Pradesh, Odisha and West Bengal. (Jain et al. 2015b). The survey explores both rural electrification and access to cooking fuels. Besides describing the status of energy access, it also evaluates people's subjective satisfaction with their situation and policy preferences. In this column, we provide highlights from our data analysis.

As Figure 1 shows, a clear majority of households across the six states have very limited electricity access. The only states in which the majority of households have Tier 1 or higher access are Odisha and West Bengal, and only West Bengal has a significant number (one in every three) of households in Tiers 2 or 3. Although rural electrification rates are relatively high across the states, especially when off-grid technologies are also considered, the overall quality of electricity supply remains very poor.

Indeed, an important finding of the survey is that among Tier 0 households, nearly 50% fall under this category despite having an connection. Households face severe challenges of quality, reliability and duration of supply. When we examine the relationship between the quality of an connection and the household's subjective satisfaction with lighting and/or electricity, we also see that households are very concerned with the number of hours available in particular (Aklin et al. 2015). In fact, increasing the number of hours appears to improve satisfaction as much as connecting previous un-electrified households.

In Figure 2, we describe access to clean cooking fuels in the six states under study. The majority of households across the six states remain limited to Tier 0, which essentially means no access to clean cooking energy (biogas, liquefied petroleum gas (LPG), natural gas, and electricity). Households in Tier 1 and Tier 2 use some of these fuels, but simultaneously continue to use traditional biomass. From the survey, we find that poor affordability and availability of these fuels are other reasons that limit a household to these tiers. Households that completely rely on modern cooking fuels and find them both affordable and convenient to use are categorised in the topmost tier, Tier 3.

The survey also highlights the continued importance of LPG as a modern cooking fuel in India. Even though the overall penetration of clean cooking energy is limited, LPG is by far the most used among the clean options. Improved cookstoves and biogas for cooking have hardly any relevance on the ground, with less than 1% of the rural population using them. People's policy preferences also favour increased LPG use. In the survey responses concerning preferences for clean cooking, there is overwhelming support for LPG, as compared to other modern cooking fuels, with biogas receiving the least support.

The findings suggest that India's rural electrification policy should next move beyond connectivity and focus on improving the quality of electricity supply. Household connection rates have increased significantly even in poor states such as Bihar and Uttar Pradesh, but the quality of supply is not appropriate. Increased power generation, improvements in transmission and distribution, and power sector reforms to rationalise the pricing of electricity are important next steps to bring rural India to the level of modern energy access.