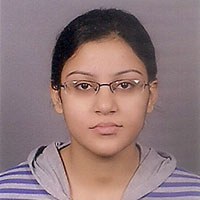 Officials in charge of paying MNREGA wages in the state of Andhra Pradesh can now expect to receive fines if there are delays. This column shows how this move was made possible by a simple automated system, how effective it has been, and how the rest of India should follow suit.

The National Rural Employment Guarantee Act (MNREGA) introduced in 2005 provides a legal guarantee of 100 days of employment in every financial year to adult members of any rural household willing to do manual labour on public works at the statutory minimum wage. A number of issues in the implementation of MNREGA have been highlighted. One major issue, potentially a threat to the whole programme, is the delay in wage payments to workers. According to the law, workers must be paid within 14 days of their working. However this is clearly not happening – delays are widespread with many reports of delays of more than six months (see for instance Khera 2011. See also Mukhopadhyay 2012 on this site for a discussion of other MNREGA issues).

While the problem of delays is well recognised, neither states nor the central governments have taken any effective remedial action to fix the problem. Part of the problem is the lack of any understanding of where the delays happen. Because there are many steps between the completion of work and the payment of wages, there could be several reasons behind the delays in making wage payments. Once a work cycle (a week or a fortnight) is complete, muster rolls, which record the attendance of workers, are to be submitted to the higher officials. Thereafter, work is measured by engineers and based on that payments are sanctioned. Delays could occur in the submission of muster rolls, or measurement by engineers, or in sanctioning payments by block level officials. Further, since payments are made through banks and post offices, it is possible that these payment agencies are unable to cope with so many payments.

In Andhra Pradesh, however, the wage payment process is fully automated after measurement has been done, from the generation of payment orders by the Mandal Office to withdrawal by the worker. It is the only state where data on the payment process, through each stage of payment, along with ‘processing time’ at each stage is available on their website.1 Information on concerned payment agencies (i.e. banks and post offices) in this process is also available. This provides us an opportunity to understand where delays in the payment process are creeping in. This section uses these data to understand the source(s) of delays in the payments to MNREGA workers in all 22 districts of Andhra Pradesh. In the period under study (January-December 2011), 1.41 crore2 payments were processed in the state. Six stages of the payment process, until withdrawal of wages by labourers, are tracked by the AP-MIS.3 The six stages are:

If we consider these six steps in the payment process, our analysis shows that nearly half (45%) of all payments took more than 14 days to process, and were not paid within the stipulated time as a result. It can be argued, however, that Step 6 of the payment process is in the hands of labourers, i.e., they may choose to save their wages by keeping it in their accounts. Not accounting for the final stage and considering the government´s responsibility to have ended at the fifth stage (when workers´ accounts are credited), we still find that delays occur in nearly a quarter (24%) of all payments.

However, delays at Step 6 could be the result of BCs not taking cash from banks to the village for disbursal (in the case of bank accounts) or labourers not being informed in a timely manner about the money being credited to their account (in the case of postal accounts). According to a senior MNREGA official whom we spoke to, the delay is primarily on account of poor communication between BCs/post offices and labourers. One-tenth (12%) of payments took more than 14 days at the time of disbursal of wages (at Step 6).

Who causes the delays?

According to the AP MIS, processing time at steps 1-3 and step 5 was less than two days. However, processing times are longer at the fourth stage (crediting labourers´ accounts) and sixth stage (disbursal of wages). This delay in crediting individual accounts suggests that banks get money from Government of Andhra Pradesh, but do not credit it to individual accounts in a timely manner. One possible explanation could be that they earn interest on the wages. Though wages earned by individual labourers may be small, the volume of total MNREGA payments in Andhra Pradesh (it is one of the highest spending states) is large.

Assuming that there are only five stages in the payment process and that in four out of the five steps the concerned agency takes the minimum possible time (less than two days each, a total of eight days), then if the agency takes more than 7 days for the remaining step, wages will not be paid in time. Looking at it in this manner, the highest number of delays was at Step 4 – 21% of banks and post offices did not meet the deadline for crediting money into labourer´s accounts.4

The payment agencies and their share in total MNREGA payments in Andhra Pradesh are as follows: post offices (9%), Axis bank (19%), Andhra bank (19.5%), ICICI Bank (8.5%), Union Bank of India (22%), State bank of Hyderabad (5.27%), APGVB (7.5%) Corporation Bank (8%).5 Banks in Andhra Pradesh use ‘customer service providers’ (companies such as FINO) who in turn employ BCs to disburse wages in the villages. In the case of post offices, post office staff serve as BCs.

Once the state government transfers money to the payment agencies (post office or banks) at Step 4, it is the responsibility of the payment agency to ensure timely transfers. At this stage, post offices perform better than banks. Processing delays by banks – those taking more than 14 days – ranged between 5.7% (APGVB) to 14% (Union Bank of India). Post offices, meanwhile, delayed the process in less than 1% (0.7%) of their payments. At the fifth (collecting from the bank), responsibility lies with BCs in cases where accounts are with banks and with post offices when labourers have postal savings accounts. At the fifth stage, where the BCs first come in, processing delays were negligible (less than 1%).6

As mentioned earlier, there could be a variety of causes for the delay at the final stage: BCs may not visit villages for disbursal of wages, labourers may not be informed of their accounts being credited or they may not want to withdraw their wages. Each of these is credible – for instance, in Andhra Pradesh labourers do not have the option of withdrawing only part of their wages at the time of disbursal of wages, they may prefer to not withdraw at all; there are also some reports of BCs playing truant. According to some senior MNREGA officials, lack of communication at this stage is a serious concern.7 This requires further investigation.

Doing something about it

Various suggestions have been made to contain delays – employing BCs, using biometrics, fixing responsibility and imposing penalties on erring officials and so on.

Our analysis suggests that in Andhra Pradesh, the main source of delay is when banks and BCs enter the picture. Where banks sit over the money - neither BCs nor biometrics can help. Similarly, if the delay in withdrawal is because workers are unaware of their accounts being credited (as appears to be the case), rather than BCs and biometrics, one would need to institute a mechanism for informing them (for example through the distribution of wage slips, SMS alerts wherever possible). If, however, the delays are because BCs do not go to the village, then even the distribution of wage slips (or SMS alerts) can do little.

Here, Andhra Pradesh has taken a pioneering step. On 10 January 2012, the state government passed an order whereby labourers would be automatically compensated if their wages were delayed by more than 14 days and erring officials would be fined (at the rate of 0.3% of the delayed amount).8 The AP-MIS was programmed to implement this order. The state has collected approximately Rs. 9 crores as fines, mostly from banks and Rs. 2.7 crores is supposed to have been paid as compensation to workers.

If one compares the delays in the first six months of 2011 with delays in the same period of 2012, we find that delays have gone down from 24% to 15% (considering only five steps in the payment process).9 Perhaps, then, the fines-compensation package is making a difference.

Delays in MNREGA wage payments have become a serious implementation issue. Even in Andhra Pradesh, which had a good record on wage payments, delays occurred in one-third to two-thirds of all payments. Though delays continue in Andhra Pradesh in spite of a real time tracking system to monitor wage payments (the use of BCs and biometrics), it also allows us to quantify the delays – something that is not yet possible in other states.

Our analysis suggests that banks delay transfer of wages into labourer´s accounts once funds have been received from the state government. Post offices, which handle nearly one-fifth of the payments, seem to perform better than banks in terms of processing time. Since delays happen further up in the payment chain, BCs cannot play much of a role in guaranteeing timely payments. This is also a useful lesson for those who believe that Unique Identification (UID) i.e. biometrics can solve the problem of delays in MNREGA.10

This simple analysis also shows how a well-thought out MIS, that helps track delays in payments, can play a useful role in monitoring and improving the implementation of the programme. Further, there is some sign of the situation improving with the implementation of the order on fines and compensation. The Andhra Pradesh experience also shows that these features of the MIS need to be used in order to ensure that delays do not occur. Computerised and automated payments processes, biometrics and BCs alone cannot ensure timely payments.

In other states it is a struggle to establish the scale of delays in wage payments and to get the states to acknowledge that this is a violation of workers rights under MNREGA. While delays are frequent in Andhra Pradesh too, the state government deserves credit for three things. First, ensuring transparency - real time tracking of payments is currently possible only for Andhra Pradesh. Second, the state government also needs to be lauded for taking action in light of evidence of delayed payments by issuing the order on compensation to labourers and fines for failing officials and payment agencies. Third, it is also remarkable that the order has actually been implemented to some extent. Each of these is a significant step, which need to be implemented across the country in some form.