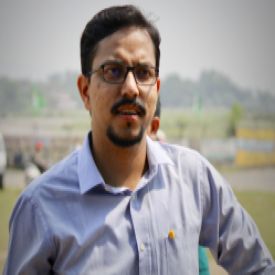 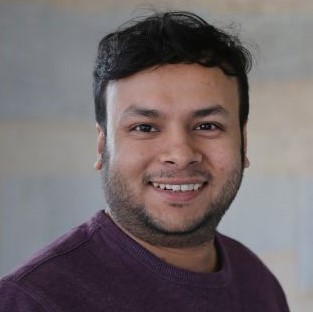 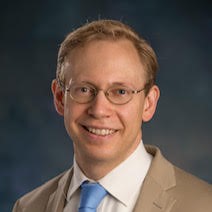 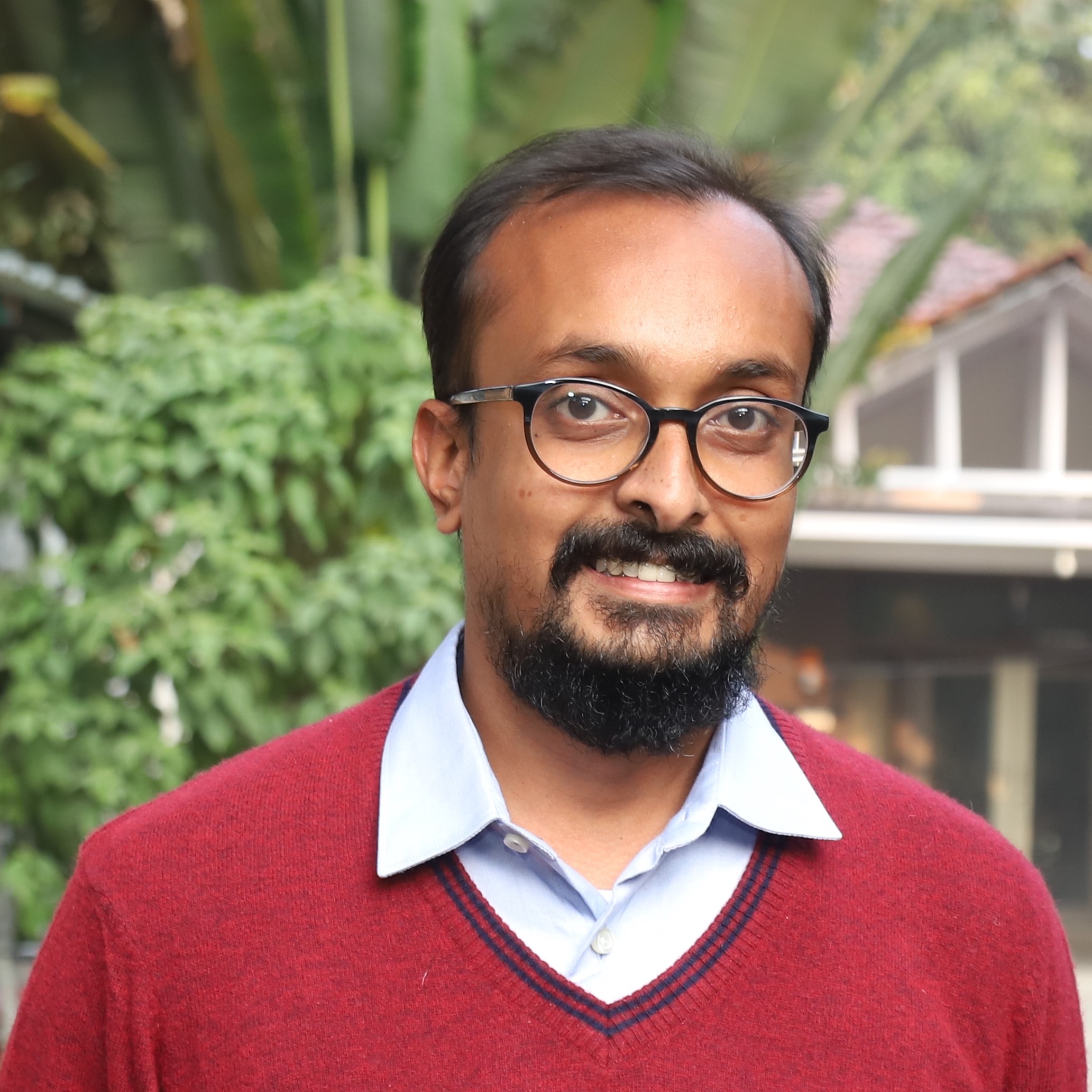 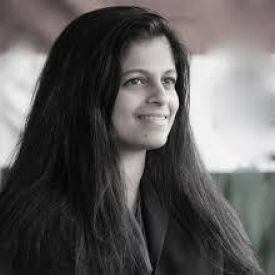 The Indian Constitution reserves at least 33% of seats in rural local governments for women, and Bihar is among the nine states that have opted for 50% reservation. However, women remain heavily underrepresented at the state and central levels. This note investigates how gender interacts with caste, political campaigns, and experiences of discrimination, to shape state-level elections in Bihar.

Women are participating in elections now more than ever. According to the Election Commission of India (ECI), the percentage of female voters has increased from 47% in 2014 to 48.1% in 20191. Voter enrolment figures among women constituted more than half of the overall increase in the number of voters, with 43.5 million registrations during this period. This upward trend in female voting is particularly seen in rural areas (Roy and Sopariwala 2019). But does increased voting by women translate into a stronger voice for them in the political sphere?

With 33% of seats in Panchayati Raj institutions2 reserved for women across India, and with an even higher 50% reservation in the state of Bihar, there is reason to be optimistic about women’s political influence at the local level. But the situation is much less rosy at higher tiers of government. The World Gender Gap Report (2021) ranks India 28th from the bottom when it comes to the representation of women in legislative houses. The proportion of women MPs (members of parliament) in the Lok Sabha is currently only 14.6%.

Thus, accounts of increased women’s political participation must be tempered with the fact that women are severely underrepresented in the halls of power. As policy groups push for more women in public office, the critical question becomes whether socio-political conditions favour women getting elected. Therefore, we need a nuanced understanding of the factors that shape the political success of women candidates in ethnically diverse societies such as India.

Assessing the political success of women candidates in Bihar

As part of a recent IGC project (Banerjee et al. 2021), we aim to identify the key factors that impact the political success of women candidates at the state level. We select Bihar as a test case because it is one of India’s most populous and poorest states, with a long history of both caste- and gender-based prejudice and violence. Hence, conditions that shape women’s political success may be more plainly visible in this context. Moreover, we seek to examine whether the progressive initiatives that the state government has implemented to empower women have resulted in reducing gender disparities in the political sphere3.

We conducted a survey experiment during November and December 2020 in four districts of Bihar4. For comparison, we sampled respondents from assembly constituencies with a history of caste and communal violence, as well as those from constituencies5 that were far less volatile. Overall, we surveyed 2,000 respondents chosen at random from the electoral rolls, such that 250 people were selected from each of two legislative assembly constituencies in each of our four districts.

We asked respondents to select their preferred profile for an MLA (member of legislative assembly) candidate from four pairs of anonymised hypothetical candidate profiles, each randomised on gender, caste/religion General Caste, OBC (Other Backward Classes), SC (Scheduled Caste), and Muslim, and campaign appeal (protection from violence versus provision of development-related public goods and services). We also included party affiliation – Rashtriya Janata Dal (RJD) or Bharatiya Janata Party (BJP) – in two of the four candidate pairs. For example, a respondent might be asked to choose between an SC woman promising public services and representing the RJD, and an OBC man promising security and representing the BJP. During the survey, we also asked respondents a battery of individual- and household-level questions. In addition, we conducted over 50 qualitative interviews with women panchayat leaders, and with village-level political and development workers including JEEViKA6 functionaries.

Our study posed several questions to assess the conditions under which women candidates would be able to win office in Bihar. Our research design allows us to draw broad conclusions unimpeded by any other specific characteristics of real candidates. The key questions we explored are:

Our study reveals that while women are preferred to men in some contexts, they still face significant hurdles. We summarise our results in Table 1.

Notes: (i) *Key: + (Positive effect), - (Negative effect), = (Neutral effect). (ii) **When combined with exposure to woman MLA and experience of caste-based discrimination, the effect of a candidate being a woman is positive. (iii) ***The effect is relative to a general caste woman affiliated with the RJD.

First, we find that, in the aggregate, voters prefer women candidates (by about 1.5%) and candidates who offer public goods (by a more substantial 25%), and they are less inclined to support General Caste candidates and, most strikingly, Muslims. In addition, Muslim women suffer from a ‘double disadvantage’ in voter support, an indicator that intersectional effects are present. In particular, Muslim men candidates have an 11% disadvantage relative to non-Muslim candidates, while Muslim women suffer from an additional 4% lower voter support.

In the light of these results, it may seem logical that other marginalised groups of voters – Muslims and SCs – would prefer promises of security over public goods. However, we find no evidence to this effect. That said, SC and Muslim voters do prefer candidates of the same caste/religious identity as them, just as women prefer female candidates. This effect is especially notable among Muslim voters, who give a 30% bump to Muslim candidates. While SC voters give an extra boost to SC candidates who make security appeals, this is not the case for Muslim voters. Again, this indicates that voters who are members of marginalised groups do care about seeing members of those groups in office and that, in general, they feel more vulnerable than members of less marginalised communities.

Our next category of results focusses on how the experience of violence and discrimination mediates voting behaviour in India. First, we find that people in low-violence districts tend to prefer women candidates, whereas those living in more violent districts are more inclined towards men (or, rather, their preference for women disappears). This is compatible with the stereotyping argument that men are generally perceived as more effective at providing security. In addition to their greater orientation towards male candidates, voters in high-violence districts prefer SC candidates, which is not the case in low-violence districts (where OBC candidates are preferred). This may be because caste-based violence makes voters prefer a representative from a more marginalised group, though more research is necessary to have definitive evidence.

At the same time, we find that even in high-violence districts, exposure to caste discrimination combined with the experience of being represented by a woman MLA, still inclines voters to support woman candidates. This result suggests that in the presence of exposure to discrimination the negative effect of violent districts on support for women candidates may potentially be offset by other factors, including more exposure to woman’s leadership.

Some of the responses from our qualitative interviews show that many still consider women incapable of executing the responsibilities associated with the post of a panchayat pradhan, MLA, or MP, allegedly since most women lack ‘exposure’ to public life. A majority of the respondents also agree that women who do step out of their households to engage in village matters are often stigmatised as being immoral, which is likely why voters often prefer women candidates who demonstrate a domestic, traditional image.

A few respondents express that if a woman candidate is nominated or elected, governance becomes logistically more complicated as she may be dependent on the male members of her family, and is supposed to bear domestic responsibilities as well.

Effect of reservations for women at the local level

We do not find evidence to support the notion of ‘reservation spillover’, that is, having a woman representative at the panchayat level does not increase the likelihood of voters electing a woman MLA at the state level. Hence, our study suggests that, in the short run, reservations at the village level are not expected to bridge the existing gender gap in political representations at higher levels of government. However, in constituencies which have elected women MLAs, voters who have experienced caste discrimination prefer women as MLAs, implying that they have begun to trust women in the role of a lawmaker and perceive them as more sensitive to issues of injustice. In addition, reflecting findings from previous research (O’Connell 2017), our qualitative interviews indicate that panchayat reservations have assisted in the creation of a cohort of women leaders at the village level, ready to take on responsibilities at higher tiers. It remains to be seen whether this developing cohort can succeed in shifting the gender dynamics in future state legislative assembly elections.

Political parties play an important role in the electoral politics of India, and Bihar is no exception. In our study, we observe that political parties only nominally consider reservations for women (or for candidates from other reserved categories), when deciding nominations and allocation of campaign resources. In-depth interviews with grassroots political workers also reveal that very few parties have internal policies regarding the minimum number of tickets that should be reserved for women. Overall, our findings from Bihar reflect that major parties have fielded only a small proportion of women candidates, despite the fact that turnout amongst women voters surpassed that of men in the most recent state assembly elections.

Our study highlights the need for the Women’s Reservation Bill, 2008 (also known as the 108th Amendment Bill) that seeks to reserve one-third of the seats of Lok Sabha and State Legislative Assemblies, in order to make politics at higher levels of government more inclusive for women. Policy also ought to take cognisance of the especially high levels of discrimination faced by Muslim women candidates.

Overall, our findings suggest that women do possess a number of potential strengths as state-level candidates. They are preferred by women voters, especially when they promise security, and by voters who have experienced discrimination. That said, we find that partisan loyalties outweigh gender preferences, which supports the notion that parties need to do more to nominate women candidates in the first place in order to reduce gender disparities in women’s representation.