The value of land administration information for financial development 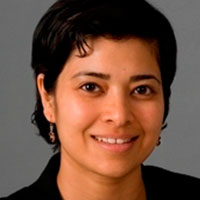 While the effect of improved property rights on economic development has been extensively studied, the specific relationship between better land administration information and improved credit access is understudied. This column uses evidence to demonstrate that the computerisation of land registries reduces the cost of lending and can result in expanded access to credit for urban borrowers. It lists certain factors that can dilute these positive effects and argues that these need to be managed.


It is increasingly recognised that well-defined property rights are crucial for realising the benefits of market exchange and that such rights are not exogenously given but evolve over time in response to economic and political forces. Establishment and maintenance of a property rights system is an important public good and a large literature documents the benefits from public investment in securing and maintaining property rights to land which, in virtually all countries, is one of the household’s most important assets (Besley 1995, Field and Torero 2006, Galiani and Schargrodsky 2010, Besley and Ghatak 2010).

The reduction of ‘expropriation risk’ – or the risk of forceful and unlawful confiscation of private property – and the facilitation of market transactions – such as access to credit or sale and rent of private property – are the two main categories through which property rights systems affect economic outcomes. However, the mechanisms by which these two categories affect outcomes differ in important ways. As long as a minimum legal recognition of property rights is enforced, adjudication processes can significantly reduce expropriation risk. In contrast, the facilitation of market transactions and a full realisation of the economic benefits or gains from trade requires that reasonably complete and current information on the assignment of property rights – which is usually provided by public registries – is made available at a low cost to individuals.

Credit impacts from land titling or registration, such as the ability to use land as collateral against loans, would be expected only if such efforts are comprehensive, registries remain up to date over time, and third parties, such as mortgage lenders, can access reliable registry information at a low cost on a routine basis. Many previous studies find significant investment effects from land administration interventions – such as improvements made in soil quality, crop choice and farming capital- however they find no credit effects – such as increased access to formal credit or loans. Therefore, this could imply that these interventions managed to increase tenure security at the local level, by reducing expropriation risk, but failed to create the pre-conditions for efficiency enhancing trade.

While the investment impacts from efforts to increase tenure security, often via systematic adjudication campaigns, have been well studied, the impact of making land ownership information more easily and widely available on credit supply is less well documented. Exploring credit effects are of particular interest since distinguishing the impact on access to credit of information access, through better land administration systems from that of better enforced adjudication of property rights in practice has often been a challenge.

In recent work with Klaus Deininger (Deininger and Goyal 2012), we focus on a program that computerised land registries in the South Indian state of Andhra Pradesh. We argue that, although it will not alter the quality of underlying property rights information, computerisation can reduce the cost associated with keeping the property register up to date, eliminate informal side payments that have traditionally been associated with property registration and improve third party access to registry information. This could potentially increase the volume of registered land transactions, reduce the level of informality and thus improve registry comprehensiveness. The program we studied also made records and abstracts of past transactions available online to interested third parties including commercial banks, thereby allowing them to ascertain ownership status or existence of pre-existing liens on any property that might be offered as collateral.

While we expect that state-wide computerisation of land registries can help improve credit access, institutional factors characteristic to India imply that such an effect might be stronger in urban settings than in rural environments where it may even be completely absent. In urban areas, for instance, land registries are the only available form of documentary evidence on land ownership. In rural areas, by contrast, land records maintained by revenue department officials at the village level are more accessible than land registries maintained at the taluk (block) level, and thus more frequently used and up to date. Although Andhra Pradesh computerised land records about a decade ago, it failed to either maintain or link them to registry information, which limits potential impacts of registry computerisation even under ideal circumstances and acts as a warning against viewing computerisation as a miracle cure to the ills of land administration systems.

We study the effect of registry computerisation on credit access over the period 1995-2007. The results from our study point towards a significant impact of computerisation on credit in areas that are fully or partially urbanized but not in entirely rural areas, with the point estimate suggesting that in a completely urban area access to credit increased by 10.5% on average. The effect appears to grow stronger with time – for a fully urbanised area, we estimate increases of approximately 3% and 5% in the two years immediately following computerisation and 15% thereafter.

Data on the volume of registered land transactions support the hypothesis of computerisation having led to an expansion of credit access in urban but not in rural sub registry offices (SROs). Point estimates suggest that in entirely urban SROs the number of registered mortgages increased by 18% in the two years immediately after computerisation and by 32% thereafter. The fact that these numbers are larger than the estimated increase in the volume of credit could imply that the intervention helped expand coverage rather than only provide higher volumes of credit to existing borrowers. Computerisation had no effect on either the volume of registered land sales or that of non-monetary land transfers such as gifts, inheritances, and leases, supporting our argument that the reduced transaction cost – or better access to information – to institutional providers of credit in urban areas could act as a main channel for direct effects of computerisation to materialise.

Policymakers, watch out for factors that can dilute the positive benefits of computerisation

The fact that the effects are limited to a narrow segment of urbanised locations without other means of documenting land ownership suggests that the extent to which changes to property rights will affect outcomes is context specific and the magnitude of impact will depend on the characteristics of existing property institutions and alternative options to document property available to people.

Since systems to document property rights – such as land registries – are viewed as part of a country’s institutional infrastructure, its establishment and maintenance warrants public investment. Quantification of the benefits from specific improvements in the quality or accessibility of land records can thus help to determine whether such investments can be worthwhile, an issue that is of particular relevance in light of the drop in cost of IT services. For policy makers, efforts to computerise existing registry information are attractive because of their relatively low cost and promise of quick results. In fact, influential rankings such as the ‘doing business’ indicators that are often portrayed as assessing the quality of a country’s property rights system, focus on registration cost only - although they have recently come under criticism for failing to consider either the quality or the coverage of the underlying information.

The results in this study illustrate that interventions to lower the cost of updating registry information, and make it more easily available to lenders can in fact increase credit access. However, factors such as limited coverage of records, defects in the quality of underlying information, and structural characteristics of the land administration system may limit the scope for such effects to materialise. A combination of computerisation with efforts to improve the quality and relevance of the underlying information, for example by synchronising records and registries or by adding a survey that would allow unambiguous location of the property in question and determine its boundaries, could provide an avenue for realising additional benefits not only with respect to credit access but also in terms of resolving conflict and improving governance. The findings also suggest that the cost of registering transactions is unlikely to be the only meaningful metric by which the quality of a country’s land information system can or should be assessed.