Why governments across the globe are cracking down on civic organisations 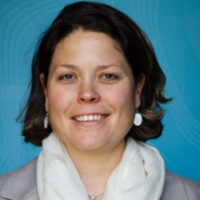 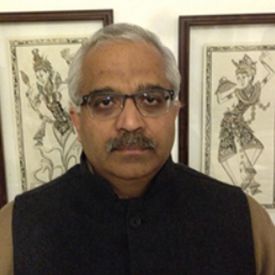 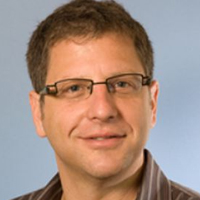 Dupuy, Ron and Prakash content that NGOs need to generate resources from the communities they serve. This will make them accountable to these communities and enhance their legitimacy, and incentivise local communities to step up and protect the civic sector from governmental interference.

Why are some governments cracking down on civil society or nongovernmental organisations (NGOs)? By our count, 39 of the world’s 153 low- and middle-income countries enacted restrictive funding laws between 1993 and 2012, targeting NGOs operating in-country with foreign funding.

Our research suggests that NGOs need to generate resources from the communities they serve. This will make them accountable to these communities and enhance their legitimacy. In turn, this resource exchange will incentivise local communities to step up and protect the civic sector from governmental interference.

After the fall of the Berlin Wall, Western governments, international organisations, and private foundations turned to NGOs in the belief that foreign monies could help create vibrant, pro-democratic civil societies in nascent democracies. Social scientists such as Robert Putnam, Elinor Ostrom, and James Coleman, for example, found that domestic civil society plays a crucial role in development and democracy.

Civil society scholar Lester Salamon wrote in 1994 that an “associational revolution” was fundamentally transforming the world, and predicted that this “may prove to be as significant to the latter twentieth century as the rise of the nation-state was to the latter nineteenth.” Foreign policy expert Jessica Mathews said a global “power shift” was transferring political clout to NGOs.

One reason for the spread of civil society was the way donors chose to deliver foreign aid to developing countries. Frustrated by the perceived ineffectiveness of foreign aid to foster economic development abroad, donors have funneled development aid to NGOs, viewing them as more honest, accountable, and responsive to the public’s needs than governments.

This led to an explosion in NGO numbers and budgets. In 2014, according to one study, 18% of the world’s total international humanitarian aid bill was funneled through NGOs, rather than governments.

An important point here is that Western donors assumed there was no fundamental need for local civil society to develop endogenously. By giving money to NGOs even in countries where civil society was weak, donors implicitly suggested that outsiders could almost create a modern civic sector from scratch through injections of expertise and money.

Governments love foreign aid when it pays for scarce services, but prefer, whenever possible, to keep it flowing through their own bureaucracies. When the aid goes to independent-minded organisations, they get worried.

In a recent paper, we show how this plays out. We found that as countries receive more foreign aid (in total, from all sources), the risk of a government passing laws restricting or eliminating foreign aid to locally operating NGOs rises modestly.

The probability of such a crackdown increases, however, when governments have recently won nationally competitive elections. This is likely because they view NGOs as a political threat − and believe the timing is right to take advantage of the recent victory to restructure the political, legal, and discursive terrain.

Logically, there is no reason to suspect that NGOs, in and of themselves, pose an inherent threat to political incumbents. Instead, the trouble seems to start when these groups embrace a “rights-based approach” arguing that citizens have a basic ‘right’ to transparent, accountable and adequate public services. When governments will not, or cannot, respond, they become a target for NGO critiques.

Over time, NGO criticisms can make it appear − in government officials’ eyes − that they have sided with the political opposition. At the very least, NGO reports and news conferences may provide a focal point for anti-government rhetoric and mobilisation, especially in major cities and in strategic international arenas.

And so governments respond by playing the nationalism card, highlighting the ‘foreign agent’ aspect of these NGOs’ budgets. An administrative crackdown on foreign aid is technically easy to do, because most aid monies flow through government-monitored banks.

Governments know that crackdowns may cost them internationally, but they are often willing to run the risk of censure or criticism. Their bigger fear, however, is widespread domestic protest. Governments usually feel assured that an NGO clampdown won’t invite domestic backlash − it’s rare that the public takes to the streets in support of foreign-supported NGOs.

It may be that when governments label foreign-funded NGOs as ‘foreign agents’, the charge resonates because of painful colonial legacies. Yet nationalism is a potent force everywhere, and a recent history of Western imperialism is not always necessary.

In 2014, for instance, US critics made much of Norwegian government support for policy research by established US think tanks. The politically explosive issue of Russian interference in the 2016 US election is another example.

Indeed, a representative for the Hungarian government notes that their NGO law was similar to the US Foreign Agents Registration Act, “which requires those engaging in political activities on behalf of foreign principals to register and disclose their activities.” You don’t have to be a Hungarian, Russian, or Egyptian to resent foreign involvement in your country’s domestic politics.

The real problem here is the financial disconnect between NGOs and the communities they say they serve. When NGOs raise funds from co-citizens, they build the local ties that will translate into political support. Here’s an example: If President Trump were to try and crack down on the American Civil Liberties Union, the group’s many thousands of individual donors would almost certainly mobilise.

When NGOs depend on outsiders for their existence, they are drawn into an “NGO scramble” for international aid that leaves them locally disconnected and politically vulnerable. To continue the ACLU example, if the organisation depended on Norway for its money, it would find far fewer domestic supporters willing to spend the time and energy to come to the NGO’s defense.

The challenge now is to motivate support for locally based, human rights-oriented civic actors. If international donors truly want to help develop civil society groups, a good place to start might be an effort to broaden their fundraising activities on the local level.