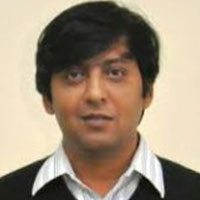 The RBI is in discussion with the government on ways to reduce cash usage in the economy and to promote the use of cashless instruments. This column presents results from a study that estimates the extent of cashless transactions in the economy, and analyses the enabling factors and bottlenecks.

The Reserve Bank of India (RBI) is in discussion with the government on ways to reduce cash usage in the economy and will soon be coming out with a paper on the same. Reduced cash usage would bring direct as well as indirect benefits. The direct costs of printing, maintaining and transporting currency amount to about 0.2% of India’s GDP (Gross Domestic Product). Even a moderate increase of 5% per year in cashless transactions will save more than Rs. 500 crore (US$83.3 mn approx.) annually. While the direct benefits are more visible, it is the indirect benefits in terms of financial inclusion that are going to be more significant. Apart from reducing transaction costs (mainly the cost of withdrawing and processing currency notes) between two parties, going cashless is perhaps the most effective way of ensuring that a majority of households use the formal banking channels more effectively. This would promote greater financial transparency and literacy, and enable better targeting of households in welfare programmes with reduced leakage. However, the moot question is: how does one get there? In particular, how do we ensure that individuals with bank accounts actually start utilising them?

In order to design suitable policy initiatives to reduce cash usage, we need to identify the bottlenecks involved in cashless transactions. The trick is to not be too ambitious and realising that this process will take time. The proposed solution should replace cash gradually rather than attempt to do so in a radical manner and face stumbling blocks that will eventually halt the progress.

In order to estimate the extent of cashless transactions, enabling factors and bottlenecks, I analyse data from household and enterprise surveys from 2010-11 (Mukhopadhyay 2014, Mukhopadhyay and Rath 2011). I find that very few Indian households undertake any cashless payments. Approximately 7% of Indian households make cashless payments in at least one item; however, these payments amount to only about 1.4% of total household expenses.

Two forces are at play - incentives and law.

The incentives that are in place to make cashless transactions are typically built into various salary contracts. Most salary contracts have an explicit allowance (reimbursement) for rent1 , communication (usually telephone bills), conveyance as well as educational expenses. This means that keeping a record of financial transactions for these items is in the interest of households so that they are able to claim reimbursements. Given that non-cash expenditure has a ‘digital footprint’, payments using non-cash instruments are more likely in these cases. Apart from the incentive to keep financial records, mandatory requirements to use cashless instruments promote cashless transactions. For example, in many areas, electricity bills exceeding a certain amount are required to be paid via cheques2.

So what inhibits individuals from making cashless payments? Not surprisingly, I find that the major reason is: “sellers do not accept non-cash payment methods” (almost 40%)3. Therefore, the emphasis must be on developing a network that encourages cashless transaction using appropriate incentives. However, mere announcements of tax incentives for cashless transactions will not get us there4. Moving towards a cashless economy must involve a cost-benefit analysis, at an individual level, of cashless transactions over the existing predominantly cash-based system.

Any cashless instrument that mimics the advantages of cash as well as reduces the costs of going cashless is likely to be more readily adopted. The four prominent advantages cash brings are: (a) ready acceptability (b) no extra charges (c) anonymity of the user, and (d) limited financial liability. The first two are self-explanatory. Cash is readily acceptable to all – it is a promissory note and one cannot refuse or ask for additional premium to accept cash. The anonymity afforded by cash is an important factor that encourages its use in transactions: the identity of customers is neither revealed nor traceable. Finally, the maximum loss a user of cash can suffer due to a transaction is the cash amount itself5.

Based on the advantages of cash listed above, the instrument that comes closest to cash is pre-paid cards without any additional transaction costs like the merchant discount rate (MDR). Therefore, as a starting point, the instrument that can initially replace cash seems to be pre-paid cards. These are payment instruments that are redeemable at a group of clearly identified merchant establishments that have a contract with the issuer to accept the payment instruments. These instruments do not permit cash withdrawal6. Once a group of merchants who would accept such pre-paid instruments are involved in the network, these cards will have ready acceptability. What is therefore required is an infrastructure where more merchants are willing to accept non-cash instruments and at no additional cost.

Within such instruments, contactless payment instruments perhaps have the greatest chance of acceptability. These are transferrable, have limited liability and preserve the anonymity of users. The contactless payment system is evolving. Globally, it has progressed reasonably quickly since its emergence in 2008 and transactions through it currently exceeds US$1 trillion a year.

In the first instance, preserving anonymity in non-cash transactions may appear contradictory to the eventual desired outcome of financial transparency of a cashless economy. However, as a starting point, it is important that individuals repose faith in a new payment system and technology. The central idea is simple. Moving towards a cashless platform will mean that individuals have to adopt a new technology as well as new financial instruments. Trying both at the same time can backfire and would make it that much harder to develop the network size immediately. Instead, incremental steps will get us there.

The loop needs to be completed. This can be done in the following ways: first, creating incentives on transactions involving digital footprints (through reimbursements and/or tax breaks), second, inducing households to adopt instruments that mimics cash the closest, and third, incentivising sellers to adopt non-cash instruments at no additional cost passed on to customers.