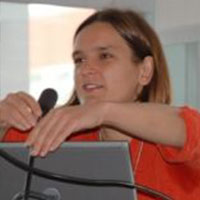 At least half of all children in India have not acquired basic literacy and arithmetic skills by the end of primary school. In this article, Rukmini Banerji of Pratham and J-PAL Director Esther Duflo present evidence that shows that significant gains in learning outcomes can be achieved by reorganising and grouping children by their learning level rather than the usual grouping by age or grade.

For 10 years, the Annual Status of Education Report (ASER), brought out by Pratham, has had more or less the same headlines. The 10th ASER report that was released in mid-January 2015 was no different. Over the last 10 years, basic learning levels for children in elementary school in India have remained low. Only about half of all grade 5 children in rural India can read simple grade 2-level text, and a similar proportion can solve a two-digit subtraction problem with borrowing. While there are some variations across states and a few exceptions from year to year, it would not be wrong to say that at least half of all children in India - that is, close to 100 million - are at least 2-3 years behind where they are expected to be according to the curriculum expectations. And more importantly they have not acquired in primary school the basic skills they will need in life: ability to read a simple paragraph or do do basic math. Therefore, the biggest educational challenge facing the country, its policymakers, planners, practitioners and parents is: are there proven, cost-effective and scalable interventions that can significantly improve basic learning in our primary schools? Without these foundational building blocks in place on time, it is not possible for children to significant progress either in school or in life.

‘Teaching at the right level’

Faced with the crisis in learning, for the past decade or so, several players, government and non-governmental organisations (NGOs), have been working on ways to improve the situation. Among others, Pratham – one of India’s largest NGOs– has been developing models and methods to improve children’s basic reading and arithmetic abilities, and has tried them out at scale. While several states are experimenting with innovative programmes aimed at improving learning, few have been tested rigorously for impact and scalability in a government-run primary school system. In the last decade, Pratham’s work has been rigorously evaluated by researchers affiliated with the Abdul Latif Jameel Poverty Action Lab (J-PAL) at the Massachusetts Institute of Technology (MIT), on a large scale and in collaboration with government school systems. These impact evaluations use the randomised controlled trial (RCT) methodology, which compares children with similar characteristics who are randomly assigned to different programmes. They indicate that significant gains in basic learning outcomes can be achieved by reorganising and grouping children by their learning level rather than the usual grouping by age or grade.

This “teaching at the right level” (TARL) model is straightforward and effective. The process focusses on children currently enrolled in grades 3 to 5. The entire process starts by assessing children one-on-one using simple tools (similar to the ASER tools): Can they read a paragraph? Simple everyday words? Letters? Or nothing at all? — and similarly for math. For instruction, children are then grouped by their learning level and not by grade, for at least a part of the day or a part of the year. Teaching-learning activities and materials for each group are based on their learning levels and aimed at enabling children to progress to the next level and beyond. Each group has an instructor, who can be a school teacher or a community volunteer. Depending on the availability of adults, there can be anywhere from three to five groups of children, based on their current level of reading/arithmetic. An hour or so each day for reading and another hour for arithmetic is sufficient for this activity. The ultimate goal is to ensure that students learn to read simple text fluently, are able to confidently cope with numbers up to 100 and can do basic arithmetic operations (all skills that children are expected to have gained by the time they complete grade 2). Even in contexts where the baseline level of children’s learning is dramatically low, about a 100 hours of instruction seems to be able to generate substantial and significant gains for children. We believe that the TARL programme owes its success in no small measure to establishment of level-wise groups, explicit learning goals for each group, tailored teaching techniques and periodic tracking of progress. This contrasts to the existing practice of teaching a prescribed curriculum to students of a given age, irrespective of their ability to cope with or comprehend it.

Evidence from Haryana and UP

The model lends itself easily to modification to suit local needs; it has been successful when implemented by government teachers within school hours or during summer holidays, as well as when implemented by volunteers in classes outside of schools or in short bursts of ‘learning camps’ during school hours. Two recently concluded RCTs of Pratham’s TARL model in Haryana and Uttar Pradesh (UP) provide promising insights into how this model can be scaled up successfully within a government school system. In both cases, J-PAL has evaluated models that Pratham is using widely both in working directly with schools and also in partnership with state governments.

In Haryana, 400 schools participated in an intervention implemented by the government and supported by Pratham in 2012-13. Students enrolled in standards 3, 4 and 5 across 200 schools were randomly assigned to the TARL model. Students in the selected schools were reorganised by their reading level and taught for one hour each day using level appropriate materials and methods. The programme was implemented by trained government teachers during school hours, while block and cluster-level education officials monitored the implementation and provided ongoing academic support to teachers. At the start of this programme, only 34% of students were able to read a simple paragraph or story (a grade 2-level competency). Upon completion, this number jumped to 53% for students in schools that participated in the programme as compared to only 48% for students in schools that did not participate. Similar initiatives are being carried out in Bihar and Maharashtra where Pratham is working in partnership with the respective state governments.

Results from the UP study are even more dramatic. In this study, across 484 schools, locally recruited and trained volunteers and Pratham staff conducted classes for reading and arithmetic in short bursts of 10 or 20 days or ‘learning camps’. These camps were periodically held in government schools during school hours, for a total of 50 days over the previous (2013-14) academic year. At the start of this programme, only 15% of students were able to read a simple paragraph or story. Upon completion of the programme and by the end of the school year, this number jumped to 48% for students in schools that participated in the programme as compared to 24% for students in schools that did not participate. In an environment where regular schools seem to be completely failing the children, just 50 days and about 100 hours of instruction brought them to the level of the children in Haryana.

Stubbornly low learning levels are chronic and debilitating for children, for teachers and for the education system. This crisis in learning is a serious concern across India and in many developing countries. While NGOs like Pratham are scaling-up proven interventions like TARL to reach tens of thousands of students across India, there are many millions more who need immediate intervention. This is where the role of state governments becomes crucial. Over the past couple of years, state governments such as Bihar, Maharashtra, Madhya Pradesh, Punjab and West Bengal have begun to adopt evidence-based models such as TARL and have launched similar efforts. But a lot more needs to be done to convert these pilots to fully scaled and sustained programmes which are key to the functioning of the school systems within these states. At the same time, these efforts need to encourage other state governments to adopt interventions that have been rigorously tested for impact and proven to be cost-effective. An underlying commonality amongst these early adaptors is an acknowledgement that the education system is not delivering as it should, and a flexibility to reorient attention to ensure that students first gain basic competencies, before more ambitious (but perhaps largely illusory) targets are set. The success of such programmes also rests significantly on the ability of the administration to take ownership, to lead and maintain the momentum of these efforts.

India is waiting to reap its demographic benefits; but this dividend will turn into a huge burden if we continue to be plagued by abysmally low learning levels in primary education. Teenagers, now recent graduates, who have had many years of schooling that have not been accompanied by commensurate learning, are in danger of not only being unproductive but also of being frustrated since their (and their families’) aspirations from education have not materialised.

India is in a fortunate position of having a home grown, ‘made-in-India’ model that has been rigorously tested, and found to be effective. The TARL model is simple to implement and is an inexpensive solution for improving children’s basic learning. The basic philosophy - teach children the foundations they need first, before trying to do more - does not seem to be so revolutionary or controversial, and yet there is resistance to it. There are at least two often cited criticisms. First is the assertion that the focus on reading and arithmetic is minimalist and that education is much more than simply reading, recognising numbers and doing operations. The simple answer is that without learning to read and to understand, it is difficult if not impossible to access the wide world out there. Second, often critics see the ‘level-wise’ grouping as an attempt to ‘label’ children. Interestingly, if you look closely at attendance patterns, children vote with their feet. Children seem to attend the ‘grouping by level’ sessions regularly. The ‘grouping by level’ does not need to be done for the whole day, and children can meet back with their peer group for other activities. It is time to look closely at realities and evidence and take action accordingly: if the current system is failing, concerns about what could happen with a successful alternative (but do not seem to materialise) should not stop us.

The government at the Centre has announced programmes to focus on the early grades (1 and 2). This is important and much needed. But equally important are the children who have moved into higher grades and do not still have the basics. Census 2011 figures suggest that today we have approximately 80 million children in standards 3, 4 and 5. What is needed is political backing to acknowledge that these children too need immediate and urgent learning support. The education system must move fast and with much more resolve to set clearly articulated and achievable learning goals, and to commit to reach them. The right to education should not just be the right to sit in a proper classroom with a qualified teacher muddling through a baffling and ambitious curriculum. A strong country can only be built if there are solid foundations.

The evidence and solutions for tackling the learning crisis is at hand. We must use them effectively and on scale immediately.

A version of this article was published in Indian Express in January 2015.