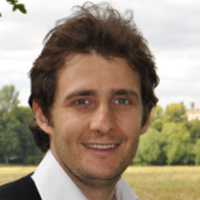 India’s Mahatma Gandhi National Rural Employment Guarantee (MNREGA), the world’s largest workfare programme, provided employment to 51 million households in 2016. Assessing the impact of MNREGA on the private sector and labour markets, this article shows that the programme has crowded out private sector employment, lowered rural-to-urban migration in the states that implemented it well, and increased wages in both rural and urban India.

Workfare programmes, which provide income support in the form of employment on local public works, are popular throughout the developing world. According to a recent World Bank report, they are implemented in 94 countries (World Bank, 2015). The largest of all, India’s Mahatma Gandhi National Rural Employment Guarantee (MNREGA), provided employment to 51 million households in 2016. Governments might choose to implement workfare rather than or in complement to welfare programmes (for example, cash transfers, pensions, health insurance) for a number of reasons.

A well-known argument in favour of workfare programmes is that they are ‘self-targeted’. Requiring beneficiaries to do manual work on public projects imposes an ordeal on potential beneficiaries, which deters the rich from claiming benefits and the poor from relying too much on them. Besley and Coate (1992) argue that workfare is preferable to welfare if the government cannot observe people’s poverty directly and if it cares more about poverty alleviation than about total welfare. The evidence shows that MNREGA is indeed targeted towards the poor (Dutta et al. 2012).

In my research on MNREGA (co-authored with John Papp), I have explored another special feature of workfare programmes, which is their impact on the private sector and labour markets. Because they hire workers on public works projects, these programmes reduce the labour supply available for private sector work. They may hence crowd out private employment and/or increase wages. These effects are often ignored, because workfare programmes tend to target workers with few employment opportunities, for example, MNREGA targets rural workers during the agricultural off-season.

Rural wages We use nationally representative National Sample Survey (NSS) data to evaluate the impact of MNREGA on rural labour markets (Imbert and Papp 2015). We exploit the roll-out of the programme during 2006-2008, and compare districts that implemented the programme earlier to those that received it later. We find that MNREGA employment crowded out private sector employment one for one and increased rural wages by 5%. The wage effects are concentrated during the agricultural off-season (January to June), when public works are open, and in seven states1 which provided most MNREGA work.

We also investigate the effect of MNREGA on seasonal rural-to-urban migration. We use survey data collected by Diane Coffey, John Papp and Dean Spears (Coffey et al. 2015) in a high out-migration area at the border of three states (Imbert and Papp 2018). We find that seasonal migration is lower in the state where more MNREGA work is provided during the season when public works are open. Migrants who do MNREGA work forgo much higher earnings in the city in order to stay in the village, which suggests that they incur significant migration costs, most of which are non-monetary.

Finally, we use NSS data to show that among districts selected to receive the MNREGA first, which are home to most seasonal migrants, out-migration declined in the seven states that implemented the programme well, the ``star states’’ (Imbert and Papp 2016). We next show that wages rose faster in cities which rely on migrants from star states, and slower in cities which rely on migrants from other states. Overall, we argue that migration from star states declined by 22%, but that rising urban wages attracted 6% more migrants from other states, so that in net urban wages increased by only 1.4%.

The rural poor have employment opportunities in the private sector

The first implication of our findings is that the opportunity cost of time of the rural poor in India is considerably higher than zero, even in the lean season of agriculture. The MNREGA, like other workfare programmes, aims to offer income support to people who have limited employment opportunities. However, we show that it displaces private sector work in the village or the city. Thus, the monetary gains from the programme are lower than wages earned on public works. Non-monetary benefits from the MNREGA may still be significant: migrants who stay back in the village to do MNREGA work choose to incur an income loss to avoid the utility cost of migration.

The second implication is that workfare programmes have important and far-reaching effects on labour markets. Our work shows that MNREGA has increased wages in both rural and urban India. The rural wage effects challenge the traditional view of rural India as a surplus labour economy, and suggest that competitive forces are at play in rural labour markets. The migration and urban wage results highlight that rural areas, which are often described as ‘village economies’ are in fact strongly connected with the modern and urban parts of the economy.

The indirect effects of these programmes are significant

The third implication is that through private sector wages, local public works affect not only programme participants, but also workers and employers across the country. Since the poor are more likely to work for wages and the rich more likely to hire workers, wage increases magnify the redistributive impact of workfare schemes. We show that the indirect benefits from higher wages may be as high as 50% of total benefits for the rural poor. Conversely, richer (rural and urban) households stand to lose from increased wages, which may explain part of the political opposition to MNREGA.

We can use our results to compare poverty reduction achieved through MNREGA with a cash transfer that would distribute the same budget equally across all rural households (Imbert 2018). We measure rural poverty either by the head count ratio (% of households below the poverty line) or by the poverty gap (average distance of the poor to the poverty line in %), which is more sensitive to the depth of poverty. On the one hand, the head count ratio is lower or the same with an unconditional cash transfer, which confirms Murgai and Ravallion (2005)’s ex-ante evaluation. On the other, the poverty gap is lower with the workfare scheme, due to the rise in private sector wage, which benefits disproportionately the poorest of the poor (Kloner and Oldiges 2014 provide empirical evidence of this).

The above analysis does not account for productivity spillovers. Workers hired on public works may learn useful skills, and infrastructure built may benefit the private sector (for example, roads and irrigation). There is some evidence that MNREGA infrastructures did increase rural productivity (Deininger and Liu 2013, Narayan et al. 2014). However, the focus of MNREGA remains to provide employment locally and readily, and the hopes of using MNREGA workforce for other schemes, have been short-lived. Meanwhile, other government schemes focus on rural skills (Deen Dayal Upadhyaya Grameen Kaushalya Yojana) or infrastructure (Pradhan Mantri Gram Sadak Yojana).

A complete evaluation of workfare programmes would also include general equilibrium and long-term effects, for example, on consumer demand (Santangelo 2017), education (Shah and Steinberg 2015), health (Ravi and Engler 2015), agricultural production (Gehrke 2017), and technology adoption (Bhagarva 2014). Muralidharan et al. (2017) show that an improvement in MNREGA wages’ disbursement has large positive effects on earnings, savings, cattle, and landholding. It is difficult to know how many and how much of these effects could be obtained by a welfare scheme.