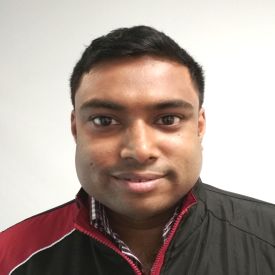 In August 2015, the RBI issued in-principle licences to 11 entities to banks in India – a unique format of banking which has not been used anywhere else in the world. Fully based on modern technology, these banks are expected to bring the huge unbanked population of India under the formal banking system. In this explainer, Rahul Choudhury describes the evolution of payments banks, the opportunities they offer, and the challenges they face.

Even though there are over 157 banks operating in India, a large number of people are not covered by the formal banking system. According to Census 2011, out of 246.7 million households, only 144.8 million have access to banking services. The problem is particularly acute in rural India. Operation costs of running a traditional bank branch in rural areas are very high as sufficient volume of funds is not deposited by the account-holders and loan disbursement is low. For these and other reasons, small-sized banks and foreign banks are usually not interested in opening branches in rural or even semi-rural areas. Hence, it is crucial to think of innovative measures to address the situation. This led to the establishment of payments banks in India.

Evolution of India’s payment system and banking structure
The payment system in India has undergone significant changes since the early 1980s. The Indian banking system has always been a front-runner in adopting modern and latest technology. The Reserve Bank of India (RBI) adopted computerised settlement facilities at all its clearing houses as early as 1988. This was followed by the installation of a core banking software in 2000 and the introduction of internet banking in 2001. In 2007, the Indian Parliament passed the Payment and Settlement Systems Act. Since the inception of this Act, the government has been striving towards a cashless economy. Initiatives taken by the government have created a catalytic environment for the greater proliferation and growth of digital payments. The establishment of the National Payments Corporation of India (NPCI)1 in 2008 and introduction of Real-Time Gross Settlement (RTGS) in 2004, the National Electronic Funds Transfer (NEFT) in 2005, the Immediate Payment Service (IMPS) in 2010, and Unified Payments Interface (UPI) in 2016, are examples of the government’s initiatives in this regard2.

With the aim of restructuring the Indian banking system, the RBI released a discussion paper on ‘Banking Structure in India – The Way Forward’ in August 2013. The paper stressed the importance of empowering the Indian banking sector to cater to the needs of a growing and globalising economy as well as furthering financial inclusion. The paper argued for the need to adopt innovative approaches in banking and to provide access to the formal banking system to low-income households. Subsequent to the release of the paper, in September 2013, the RBI formed an expert committee under the chairmanship of Dr Nachiket Mor to frame a clear and detailed vision for financial inclusion and financial deepening in the country, in addition to several other objectives. The committee submitted its report to the RBI in January 2014, which strongly recommended the licensing of banks to offer financial services to the hitherto excluded segments of the population. Later in the same year, in the Union Budget 2014-15 presented in July 2014, Finance Minister Arun Jaitley announced that, “After making suitable changes to [the] current framework, a structure will be put in place for [the] continuous authorisation of universal banks in the private sector in the current financial year. [The] RBI will create a framework for licensing small banks and other differentiated banks. Differentiated banks serving niche interests, local area banks, payments banks, etc., are contemplated to meet credit and remittance needs of small businesses, unorganised sector, households, farmers and migrant .”

After incorporating the comments and suggestions given on the draft guidelines, the final guidelines were issued by the RBI in November 2014 to license payments banks.

of payments banks
Out of 41 applications, the RBI issued in-principle licences to 11 applicants to undertake banking business under Section 22(1) of the Banking Regulation Act, 1949. This marked the start of payments banks in India. One of the prime motives behind the establishment of these banks was to provide universal access to banking. Payments banks operate like any other bank, but on a smaller scale. These banks are expected to reach customers mainly through mobile phones rather than traditional bank branches.

At this it is very difficult to comment on the revenue model of these banks. None of them published annual reports yet. However, based on the existing information, it is likely that the primary source of their revenue is transaction fees. Payments banks generally charge customers for making a transaction, say transferring money to another bank or withdrawing money from own account. Secondly, they are likely to get a fair amount of revenue from the payment merchants for facilitating remittances and bill payments. For example, when a customer makes an online payment for electricity bill using payments bank account, the bank charges the issuer of the bill (electricity board in this case) for facilitating the services. Just like commercial banks, payment banks make money in the form of commissions from transactions through point-of-sale (PoS) terminals and resultant MDR (merchant discount rate). Interest arbitrage is another way in which they may make money: payments bank can deposit money with some other bank and/or government deposits and offers rate of interest than they provide to their customers.

Till now, four payments banks have started operations in India. Airtel Payments Bank was the first such bank to start its commercial operation in November 2016 on a pilot basis covering only Rajasthan initially and extending nationwide later in January 2017. Airtel Payments Bank has a network of 250,000 retail stores that also function as banking points. This was followed by India Post Payments Bank (IPPB), which started its branches in Raipur (Chhattisgarh) and Ranchi (Jharkhand) in January 2017, also on a pilot basis. Although the aim was to have presence with all post offices acting as banking points, IPPB has not been able to add any more branches date. It had announced plans to open 650 branches by April 2018. It is to be noted that it is the only public sector entity that has been issued a licence to operate a payments bank. Fino Payments Bank, which started operation in July 2017, claims to have 410 branches and more than 25,000 banking points. The latest addition this list is Paytm Payments Bank. It started operation with the inauguration of its first branch in Noida, Uttar Pradesh, on 28 November 2017. Paytm aims to add 500 million customers by 2020.

Source: Author’s compilation based on guidelines for licencing of Payments Banks, 2014, RBI.

Opportunities and benefits
This is the first time, since its establishment, that the RBI has issued differentiated licences for any banking activity. This RBI initiative is expected to significantly change the banking landscape in India. Indian citizens can experience easier, faster, and hassle-free banking. It is hoped that the absence of a minimum balance requirement would induce more citizens to enter the formal banking system. More and more people from the rural areas and the lower economic strata of the population could be brought under the formal banking system.

The Payments banks have access to the latest technology, a large number of customers, and well-established networks that they can easily leverage in their favour. They also have the opportunity to tap the 233 million people that remain unbanked. As these banks will be operating through their existing business points (for example, Airtel phone stores), their costs will be negligible and this will help them to sustain and earn with minimal charges imposed on customers. This innovative banking system will also be boosted by the digital and cashless economy initiative. The increasing internet and mobile penetration in India will definitely be an added advantage to this banking format.

Challenges and way forward
While there is huge potential, such a banking initiative also faces several challenges. The only medium of operation for these banks is the internet. India is struggling with very low internet speeds – far lower than the global benchmarks. According to Akamai’s State of the Internet report, in the fourth quarter of 2016, the average internet speed in India was 5.6mbps. India’s global rank in this regards is 97, a little behind China and Indonesia, out of the 149 qualifying countries. The low internet speed in the country may hinder the growth of these banks (Shah 2017). Furthermore, since they are entirely technology-based without any significant physical presence, the payments banks appeal chiefly to the tech-savvy citizens. People from the rural areas and small towns in India will find it difficult to participate in this type of banking facility. Efforts should be made to familiarise them with the and to also assure them of the safety of their money in this new banking system.

Moreover, merely, adding customers or opening accounts not the end game. Banks need to encourage people to transact regularly. Although India has witnessed remarkable growth in this type of banking, there is still much ground to cover.

The introduction of payments banks is an important step. However, although India has a modern, technologically advanced banking and payments system, there is still much more effort needed in this sector. It is important to bring more of the rural population under the ambit of banking system. After all, this was the key purpose of setting up payments banks in the first place.

This is a revised version of the manuscript published as Brief No. 565 of Institute of South Asian Studies (ISAS) National University of Singapore on 16 March 2018.

This is a very nice one and gives in-depth information. I am really happy with the quality and presentation of the article. I’d really like to appreciate the efforts you get with writing this post. Thanks for sharing. banking classes in pune

Good article. The data on internet speed should be updated. The initial success and failure stories of payment banks and their impact on cashless economy should also be pointed out.

Barriers to basic banking in India

A unique, informal banking system of rickshaw drivers in cities