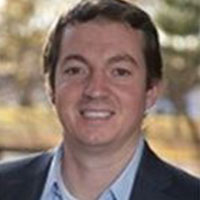 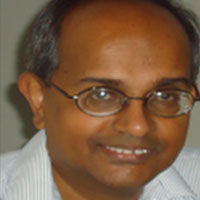 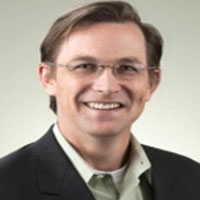 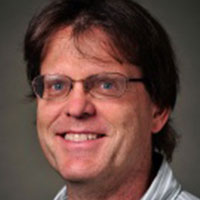 Recent findings in development economics indicate that microloans are likely to perform best when accompanied by financial education, insurance, and savings products. This column presents evidence from an experiment in Sri Lanka, which involved offering saving accounts with door-to-door deposit collection services to otherwise unbanked rural households. It suggests that the programme incentivised participants to increase savings by increasing their income.

An emerging consensus in development economics argues that microloans are not likely to transform poor people’s lives – and may not even significantly change their financial behaviour. Recent studies have suggested that the most we can ask of microloans is that they provide small improvements in recipients’ lives and businesses. As a result, the financial inclusion conversation has started to ask if, instead of credit (or in addition to it) efforts should focus on insurance, financial education, and savings products.

A large-scale experiment our team recently completed in rural Sri Lanka, in line with a number of recent experiments, suggests that such a shift in focus might be the right move (Callen, De Mel, McIntosh and Woodruff 2014). We offered savings accounts featuring weekly, door-to-door collection services to a random portion of a sample of otherwise unbanked individuals. We found that the programme dramatically increased savings. Furthermore, the frequency of our data collection allowed us to examine the mechanisms that underlie such an increase. The money did not come from changes in consumption or from giving less money to (or receiving more money from) relatives. Customers increased their savings deposits by increasing their income.

A move toward savings

While access to formal banking has long been known to improve the lives of the poor by smoothing consumption and providing insurance against shocks, whether and how financial products can actually assist people in rising out of poverty is the subject of much research and intense debate. After the initial promise of microfinance, and its dramatic spread across the developing world, rigorous studies in a variety of contexts have shown that it has little effect on business creation, or on a number of development indicators such as health and women’s empowerment (Duflo et al. 2013, Crépon et al. 2014). A series of studies led by Erica Field and Rohini Pande show that, with contractual innovations, microfinance can have more beneficial effects on entrepreneurship and certain aspects of customers’ lives such as social network formation. But they too question the poverty-relieving potential of microloans, especially absent government subsidies.

Still, an important question remains: When people begin to use formal savings, what other behaviours in the household change to allow this liquidity to be deposited in a bank?

Empirical studies to date have been unable to answer this question because they are typically based on data from a baseline survey and a single follow-up survey. Because of the length of time between treatment and follow-up, we cannot gather whether the increased liquidity is a result of the saver more easily resisting friends’ requests to borrow money, because he is protected from his own whims, or because he can invest his saved money in ‘lumpy’ business investments – the refrigerator that allows him to sell perishables in his store or the motorbike that cuts the cost of making deliveries.

Complicating this puzzle, several rigorous studies on the impact of savings accounts have found a ‘magic income’ effect – savings and household investment increase almost instantaneously after the customer opens the account, presumably too quickly for the usual explanations to hold.

Our team of researchers aimed to conduct a study with enough detailed data to allow us to provide answers to some of these riddles.

Savings accounts at your doorstep

In 2008, Sri Lanka’s National Savings Bank (NSB) offered a new remote deposit collection service targeted at business owners within one kilometre of the Banks’ branches. For our project, they extended the service to rural households. These accounts were free, and bank agents came on motorcycles to collect deposits using wireless point of service (POS) terminals that could issue receipts showing the new account balance. So, customers were presented with a free and user-friendly way to save. Our study sample covered a total of 156 rural zones, randomly divided into treatment (those that received the intervention) and control groups (those that did not receive the intervention), with 389 individuals in the treatment and 406 individuals in the control group.

Starting five months before the savings account collections began and continuing 13 months afterward, we collected detailed high-frequency data on both sets of individuals – those offered the accounts, and those not. These data included income, expenditure, microenterprise, and labour market activity. Our results showed that treatment increased savings: The number of transactions with formal financial institutions per month quadrupled, the flow of savings into bank accounts almost doubled, and overall savings increased by more than 15% per month – about US$7.

The treatment leads to a statistically significant and economically meaningful increase in total savings by the individual.

So, where did the money come from? While there is some evidence of the ‘protection from self’ channel (as depositors would have to travel to a branch to withdraw), the main source is a large increase in income. Personal and household income both surged in the months following the introduction of the treatment, by almost 1,000 LKR and 1,200 LKR, respectively per month, or about 5% of average monthly income in our sample. In keeping with the ‘magic income’ effect, the increase appears rapidly, within a month of being offered the account. This suggests that the mechanism at work was not the ability to make lumpy investments, which would appear over a longer time frame.

Where, in turn, does the income increase come from?

Though this may not seem initially intuitive, it squares perfectly with predictions from standard macroeconomic models of intertemporal labour allocation (see Blanchard and Fisher 1989). These models suggest that when the effective interest rate changes – in this case by bringing secure formal savings accounts to a family’s doorstep – the optimal amount of labour time should increase. Self-employment rates decrease and wage income increases after households gain access to the door-to-door savings accounts. (It is, of course, possible, we should add, that customers may re-invest savings into businesses over the longer run.) What is surprising about our results is that we reject the non-convex lumpy investment model and, yet, still find savings to have a transformative effect on income.

To summarise, after being offered a safe place to save their money, individuals increase their work hours, often at the expense of both their own leisure and investment in their business. While this is likely influenced by the high prevalence of active day labour markets in the study area, it adds a new perspective to the mounting literature on the channels linking new savings opportunities to income.

One of the other possible sources of liquidity to increase savings is for the client to stop lending to friends and family. This possibility has long troubled financial inclusion practitioners because it could mean that the private benefit of those with a new formal savings account may imply a negative spillover to others within his/her informal network, and hence experiments not capturing this dynamic could lead to incomplete policy recommendations.

To tackle this issue empirically, we designed our experiment and data collection strategy to examine the interplay between our treatment and the rotating savings and credit associations (ROSCAs) in most of the world, and called seetus in Sri Lanka. Our experiment showed that the programme didn’t divert subjects’ contributions to seetus – surprisingly, it increased participation. Treatment on average increases the number of seetus in which a respondent participates by 0.293 over a base of 2, an increase of more than 10%.

Although these results must be interpreted with some caution, as the number of assignment units is small and the balance not perfect, they do suggest that far from posing a threat to them, bank-driven deposit collecting appears to be fortifying informal savings groups. This increasing participation in informal savings groups removes yet another of the usually cited channels for increased savings; it suggests that the accounts are not functioning as a way to hide savings from family members in this context.

The power of the product

The results of our study, in line with standard macroeconomic models, suggest that the labour allocation channel is first-order in understanding the impacts of providing new savings and investment opportunities. The model predicts that an increase in the interest rate increases the potential return on contemporary wages, and causes individuals to increase labour effort in the initial period in order to build up savings. A simple extension to the model also predicts a shift out of self-employment into wage work when there are decreasing returns to capital in microenterprises and linear returns in the spot labour market. Our data support both of these predictions. We find that the treatment triggers exit from self-employment to increase by almost 8% (4 percentage points off a baseline average of 51%), and an increase in the number of hours in wage work. Moreover, we find an increase in the income earned by the self-employed. Given that neither hours worked nor capital employed in the business increase, this suggests that the effort level of the self-employed may have increased.

Also, our results may serve as a balm to the often-burned financial inclusion practitioner. Perhaps the searching and refining is not in vain, and the right product can make a difference. A treatment offering nothing but an additional inducement to generate savings led to large enough increases in income that savings and expenditures both went up at the same time. This suggests that financial service innovation can have a major effect on the incentives for the poor to escape poverty.

A version of this column first appeared on VoxEU.

Financial literacy: When, what and how