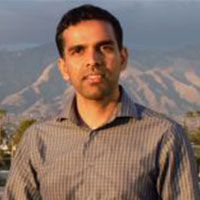 For developing countries, it is difficult to find income mobility studies that rely on datasets linking parents with their children. Using a panel dataset spanning 1994-2012, this column presents improved estimates of intergenerational income mobility in rural India, which is found to be higher than analogous evidence from other developing countries. While India is progressing towards cross-caste equality, it is at a disappointingly slow rate.

Speaking on the eve of India's independence, Jawaharlal Nehru, the first Prime Minister of India, proclaimed that “we end today a period of ill fortune and India discovers herself again ... The service of India means the service of the millions who suffer. It means the ending of poverty and ignorance and disease and inequality of opportunity." One can find a number of studies that appraise India’s performance when it comes to ending poverty, lack of education, and diseases. How much do we know about India's performance in ending inequality of opportunity? Unfortunately, due to serious data limitations, and institutional features such as the prevalence of joint family structure, India's progress in reducing inequality of opportunity across generations has received very little attention. This is lamentable because like many other developing countries, India is actively seeking policies that can fast-track it on a high growth rate trajectory. The desirability of such policies, however, may turn out to be questionable in the light of what they entail for the equality of opportunities for everyone. Moreover, mobility research is especially crucial for India given its long history of discriminatory caste system.

Estimating income mobility across generations for developing countries is fraught with multiple challenges. I address three such challenges in a recent study (Mohammed 2017).

First, an intergenerational analysis requires appropriate datasets that can be used to connect parents with their children. Not surprisingly, such datasets are rarely available for developing countries. I build a panel of father-son pairs for rural India using the Human Development Profile of India (HDPI) and the India Human Development Survey (IHDS)1.

Second, anyone working on developing countries will testify to the fact that accounting income is a formidable task. Just to give an example, in India, more than 50% of workers are self-employed in agriculture or businesses (National Sample Survey (NSS), 66th round). It is easy to ask someone to report their wage/salary that they earn by working for others. However, it is not so simple to ask someone to report how much profit they made from a small grocery store they run or from a small piece of land they do farming on. Given such difficulties in measuring these incomes, most surveys including NSS provide only reported wages and earnings. Since this information is only reported by those who work for others, basing an analysis on this selective sample will most likely produce biased estimates. Fortunately, unlike most other datasets, the HDPI-IHDS panel is among the first set of developing-country surveys that contain detailed information on net household earnings from both farm and non-farm production. For example, in addition to collecting information on household consumption expenditures or household assets, which is commonly collected by most other developing country surveys, the HDPI-IHDS survey queried about 50 different income sources. Such detailed information helps estimate a comprehensive measure of income that, though imperfect, reliably accounts for the net earnings of the self-employed members of a household.

However, a tradeoff of using this comprehensive income measure is that many of its components are reported only at the household level, which brings us to the third challenge. Working with household income calls for some sort of scaling for household size, which, in the context of the current study, ranges between 2 and 32. Therefore, I use a scaling approach hailed as the best practice in the development literature to scale income across households (Deaton and Zaidi 2002).

I adopt these strategies to estimate the intergenerational income mobility for rural India and for major socioeconomic groups in the country2.

Depending on the choice of size scaling parameters, the analysis finds that the intergenerational income mobility for rural India lies between 0.62 and 0.713. What do these numbers mean? Following Solon (1992), under the assumption that economic status of father and sons is normally distributed4, the mobility estimates can be interpreted in terms of the probability of mobility across quintiles5. For the intergenerational income mobility estimate of 0.6 and a father in the 5th percentile in his generation, the probability of his son lying in the bottom quintile is 0.42, moving above the median is 0.24, and moving to the top quintile is 0.05.

I also present estimates of intergenerational income mobility within and between groups. The within-group mobility indicates the extent to which children are mobile with respect to their parents, within a certain group. I find that Scheduled Castes and Scheduled Tribes (SC/ST) as well as SC-ST-Muslim groups have higher within-group mobility when compared to the rest. On the other hand, the between-groups coefficient of 0.74, which captures the degree to which people belonging to a group fall above or below the average mobility prevalent in the overall sample, indicates that India's progress towards cross-group equality is positive but disappointingly slow6 7. How slow is the slow rate of convergence? Other things being equal, if the speed of convergence stays the same, a 0.74 between-groups coefficient suggests that about seven generations will be needed to reduce the gap between groups to 10% of what it was in 1994. The slow convergence rate is also comparable to the high black-white between-groups coefficient found for the US (Hertz 2008, Margo 2016). A positive rate of convergence explains why it is not hard to find examples of economic success within India's marginalised groups. However, because the rate has been slow, prevalence of poverty among such groups continues to be common.

On the positive end of the analysis, I find that the overall intergenerational income mobility in rural India is higher than analogous evidence from other developing countries. Also, it is commendable to note that within-group income mobility for SC/STs is relatively high. This result means that SC/ST children have a high chance of moving up the economic ladder when compared with other children from the same group.

The findings from the comparison across groups are rather dismal. The analysis found that India’s progress in cross-caste equality is positive but disappointingly slow. An alarmingly low rate of convergence between groups signals a need to critically appraise existing policies. The findings emphasise the need for expanding the usual discussion about poverty rates to a broader discourse on the access to opportunities and mobility among various groups.

Useful as they are, poverty rates should not become the sole focus of developmental policies. In other words, bringing disadvantaged groups barely above the poverty line should not be the end goal of these policies. Instead, the focus must be on creating an equitable society – a society where no one is restricted from improving their economic status just because they were born in a particular caste or religious group.