Estimates of poverty in India put forth in two papers published earlier this year – by Bhalla, Bhasin and Virmani; and Roy and van der Weide – have sparked the “Great Indian Poverty Debate 2.0”.

Across this week, from 10-15 October, this I4I e-Symposium brings together articles from the authors of the aforementioned papers, and commentaries from other contributors. They dissect the methodology employed by the two papers, and discuss the implications of the findings. Anchored by Maitreesh Ghatak, the e-Symposium aims to provide a nuanced view of the poverty estimates and what they truly say about the incidence and eradication of extreme poverty in India.

The extent of extreme poverty in India over the last decade has been subject to a lot of debate for the last few years. This is largely because of the lack of data, stemming from the government’s decision not to publish the results of the National Sample Survey’s (NSS) 2017-18 Consumer Expenditure Survey (CES). Recently this debate gathered new momentum following the circulation of two papers belonging to the working paper series published by the International Monetary Fund (IMF) and the World Bank respectively: by Surjit Bhalla, Karan Bhasin, and Arvind Virmani (April 2022) – henceforth BBV – and Sutirtha Sinha Roy and Roy van der Weide (April 2022) – henceforth RW. Both come with the standard disclaimer that they do not necessarily represent the views of these institutions but those of the respective set of authors, and are meant to elicit comments and encourage debate and exchange of ideas. Both papers have certainly succeeded in generating a lot of debate and discussion, causing it to be named the “Great Indian Poverty Debate 2.0” (Sandefur 2022), in reference to an earlier debate relating to what happened to poverty in India following liberalisation in the early 1990s (Deaton and Kozel 2005) being retrospectively seen as the Great Indian Poverty Debate 1.0.

In the absence of NSS data since 2011-12, both studies use alternative data sources, methods, and assumptions to derive estimates of the poverty head count ratio for India in recent years and reach dramatically different conclusions. While the debate about the extent of extreme poverty is unlikely to be settled by it, these studies and the debates around them have helped us revisit some of the key issues relating to measurement of poverty. I say “revisit”, since even in earlier debates (Deaton and Kozel 2005, Datt et al. 2020) a similar set of issues came up.

An e-Symposium on this topic was commissioned by Ashok Kotwal, the former Editor-in-Chief of Ideas for India, who sadly passed away in April this year. I took on the responsibility of editing this e-Symposium at the request of the current Editor-in-Chief, Parikshit Ghosh. We have the pleasure of publishing three original essays written for this e-Symposium (see the contributions below by Gaurav Datt, Surjit Bhalla and Karan Bhasin, and Himanshu), as well as reposting three important contributions to this debate published by the Center for Global Development (see the contributions by Justin Sandefur, Martin Ravallion, and Sutirtha Sinha Roy and Roy van der Weide).

In their working paper – and the contribution by Bhalla and Bhasin to this e-Symposium that provides a summary of it – BBV bypass the issue of non-availability of survey data. They simply use the distribution of consumer expenditure from the last NSS survey of 2011-12, and use the private final consumption expenditure1 (PFCE) data from the National Accounts (NA). The contributions by Datt and Sandefur in this symposium point out that BBV’s analysis is based on two very strong assumptions: that the mean per capita household consumption has grown at the rate of per capita PFCE of the NA Series, and every household’s per capita consumption has grown at the same rate as the mean per capita consumption.

With these assumptions, and using the Consumer Price Index (CPI) to update the poverty line from the 2011-12 numbers, they conclude that if one uses the standard Uniform Recall Period (URP) method2 – used by the World Bank, which measures consumer expenditure on a 30-day recall basis – poverty has fallen from 21.8% in 2011-12 to 3.4% in 2019-20 (with respect to a poverty line of $1.90 per person per day, defined as the international poverty line by the World Bank).3 The other working paper by RW uses the URP measure as well, and so can be treated as the headline estimate from BBV for the sake of comparison. However, BBV also provide poverty estimates allowing for food transfers through the public distribution system, and use the Modified Mixed Recall Period (MMRP) measure instead of the URP. MMRP allows different recall periods for different consumption goods, including perishable consumption goods such as fruits and vegetables based on a seven-day recall period. Using the MMRP method and allowing for food transfers, the estimates of poverty by BBV are lower for both periods at 10.8% and 0.8% respectively for 2011-12 and 2019-20, though the rate of decline of poverty is less using the MMRP than using the URP (whether one allows for food transfers or not). This leads them to make the striking claim that before the pandemic began, India was at the verge of virtually eliminating extreme poverty.

RW take an alternative approach to overcome the problem of non-availability of data – they use consumer expenditure data from a different source: the Consumer Pyramid Household Survey (CPHS) surveys carried out by the Centre for Monitoring the Indian Economy (CMIE) at four-month intervals since January 2014. In the absence of NSS data, CPHS has been used by many researchers to estimate changes in the distribution of consumer expenditure over recent years, and in particular, poverty. RW note the problems that come with using the CPHS to measure poverty in a way that would be comparable to the NSS numbers for 2011-12 and before. The measure of consumption, as well as the sample design and geographical coverage, is not readily comparable to those in NSS surveys, leading to the worry expressed by many that the CPHS surveys could undercount the poor. RW put in a lot of work to reweight the CPHS data to make it comparable to the NSS in terms of coverage, and adopt several approaches to make the consumption measures of these surveys comparable. The contributions of Sandefur, and especially Ravallion, discuss their approach and their findings in detail, which is very helpful as there are lots of technical details in their working paper that are not easily comprehensible to non-experts. The headline finding of RW is that, once again taking the international poverty line of $1.90, the poverty rate was 22.5% in 2011-12 and went down to 10.2% in 2019-20.

There have been some other studies that have looked at poverty based on consumer expenditure from household surveys. For example, even though the 2017-18 NSS survey results on consumer expenditure were not released, a draft version of it was leaked and Subramanian (2019) used the data to estimate poverty. He uses the Rangarajan Committee’s poverty line – which is about 25% higher than the Tendulkar Committee’s line, which in turn is very close to the World Bank’s international poverty line – and finds that the poverty rate increased from 31% to 35% between 2011-12 and 2017-18. Because the 2017-18 survey results are not available, it is difficult to explore the findings in greater depth (for example, how they would vary with different poverty lines) or examine what exactly were the data-quality issues that led to it not being made available for greater scrutiny by researchers.

We are therefore left in the dark, with a number of studies providing very different estimates of what happened to poverty since 2011-12. It is like trying to find a black cat in a dark maze rather than a dark room. We hope that this e-Symposium offers some insights about what the main issues at stake are.

The contributions by Datt, Himanshu, Sandefur, and Sinha Roy and van der Weide offer critiques to the BBV approach. One of the main issues is whether the growth rate of PFCE data from NA captures mean household consumption growth, something that available evidence does not seem to support. BBV deals with this criticism with assertion rather than persuasion; the assumption that consumption in all households grew at the same rate is not supported by evidence. Secondly, as Sandefur (and also Himanshu) point out, there has been enough concern about the GDP growth rates in recent years, which raises even more doubts about the validity of taking growth rates from PFCE data and applying it to consumption growth of poor households. Moreover, taking a distribution of consumer expenditure from a survey that is a decade old raises a whole different set of issues. Finally, applying the CPI to accurately capture the cost of living of the poor also is not without problems. The CPI is based on the consumption basket of the average person, while what is relevant for a poverty line is the consumption basket of, say, the bottom decile or quartile where the poor come from. The difference can be non-trivial especially when food price inflation is quite different from general inflation (as has often been the case in the last two decades), given Engel's Law4.

The contributions by Sandefur and Himanshu review the findings of RW along with that of BBV, but Ravallion’s contribution focusses exclusively on the findings of RW. The reason is that RW do use household survey data – whatever the compatibility issues with NSS – and as Ravallion puts it “... it has long been agreed that household surveys are necessary for credibly measuring poverty.” RW also go to great lengths addressing various limitations of their approach, but Himanshu’s contribution points out some of the strong assumptions that underlie their approach in trying to match the distributions of two different surveys – in particular, the assumption of a stable relationship between non-monetary and monetary aggregates across surveys and over time. In this context, Himanshu (2022) is also worth reading for a more detailed discussion of the limitations of the approach taken by RW, as well as BBV.

To conclude, the whole point of data and statistical analysis is to put some structure on what we know and what we do not know – it is not just supposed to provide a particular estimate, but also confidence intervals around it. In the absence of survey data based on sampling, what we have is a range of extrapolated numbers, which are as plausible as the assumptions that went behind generating them: this gives us little sense of what is the state of extreme poverty in India. Rather, they highlight that the real poverty that lies behind the Great Poverty Debate 2.0 is the poverty of data. 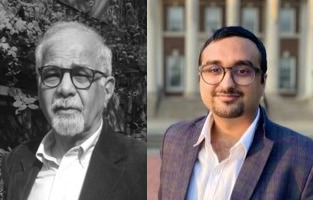 Surjit Bhalla and Karan Bhasin discuss issues related to measurement of absolute poverty in India. They summarise their IMF working paper from April 2022... 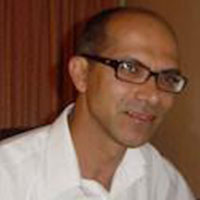 Gaurav Datt unpacks the claim that India was on the verge of eliminating extreme poverty, and questions two key assumptions on which it rests... 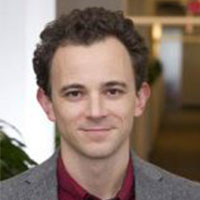 Justin Sandefur considers the challenges in determining whether poverty reduction has accelerated or decelerated, considering that India hasn’t released any official poverty numbers for the past decade...

Roy and van der Weide reflect on the dramatically difference poverty estimates produced by two distinct studies, and the source of the discrepancy... 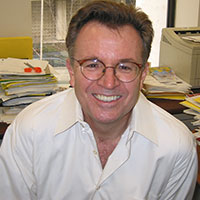 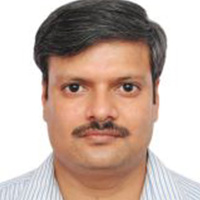 NYAY e-Symposium: Not long-term solution to poverty but useful ‘first-aid’