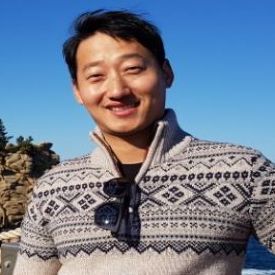 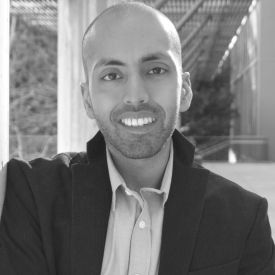 While India’s federal anti-corruption ombudsmen have just taken up their work, awareness of the complexity of corruption is growing. This article studies whether highly accountable Indian village council presidents favour their own households while making observable allocations of public works jobs. It finds that corruption can exist even when it is visible and punishable, plausibly because it serves as a reward for efforts put into programme implementation.

The exposure of corruption is often taken as the key to its demise. Transparency International embodies this assumption in its name and in the position statements on its website. The domestic anti-corruption initiative in India, ipaidabribe.com, focuses its resources on building a platform that lets citizens expose corrupt officials. Recent studies have confirmed that governments can reduce corruption by improving transparency and empowering citizens to hold officials accountable (for example, Ferraz and Finan 2008, Campante and Do 2014, Reinikka and Svensson 2004).

But knowing that corruption can arise in the absence of transparency and accountability is not the same as knowing it would vanish in their presence. That is the departure point for our recent study (Jeong et al. 2019). We test for corruption in the most transparent and accountable situation that is realistically possible. Our goal is to learn whether corruption arises solely because citizens cannot monitor their leaders, or if some forms of corruption are symptoms of deeper problems in our political institutions.

The Mahatma Gandhi National Rural Employment Guarantee Act (MNREGA) vests in village council presidents (gram pradhans) the key role in allocating short-term public works jobs within the village. The work is directly visible to constituents and job al­locations are posted on a widely known and publicly accessible government website. We test whether presidents misuse their public office for private gain by awarding larger labour quotas to their own house­holds.

Villages in Uttarakhand are small, with 80% of them having fewer than 1,000 inhabitants. Village council presidents are directly elected through com­petitive local elections. According to the 2006-2008 Rural Economic Development Survey (REDS), over 90% of voters in rural India report feeling free to vote as desired, and in the 2014 election over 85% of elections were contested. In our own survey of over 200 council presidents, we find that nearly all of them campaigned door-to-door. Less than 10% report relying on private campaign donations or the support of political parties, suggesting these presidents were genuinely chosen by their constituents rather than propped up by outside actors or wealthy elites.

Since council presidents continue living in the village among their constituents they can be easily held accountable for their actions during their term (for example, through social sanctions). As Figure 1 below shows, the overwhelming majority of presidents we surveyed believe they would face formal or informal sanctions if they made job allocations not supported by their constituents. In particular, they expect an unpopular decision might result in angry confrontations, social exclusion, even threats of violence. The REDS confirms that rural Indians in general believe that it is not hard to hold their local officials accountable. And while in other parts of India an unpopular local leader might retain power by exploiting the politics of division, Uttarakhand is almost unique in the absence of caste and religion from local politics.

Figure 1. Survey results showing village council presidents feel accountable to villagers and do not rely on specific subgroups for support

Council presidents also believe that the allocations they make are common knowledge. The figure below shows that nearly all presidents agree that most villagers know when someone gets a job through MNREGA. They believe that most villages keep printed versions of the muster rolls (lists of who gets jobs), and that someone asks to check the rolls at least once per year. Most people know of the website where allocations are publicly posted, and in nearly all villages there are some villagers checking the site (and thus able to report back to the rest of the village). Finally, in most villages there is an independent check on the job allocations made by the president: the Gram Rozgar Sahayak, a technical assistant who physically enters the MNREGA job allocations into the online system that both coordinates wage payments and feeds to the public website. It is exceptionally rare that the president deals directly with the online system. If the council president were entering allocations for himself without telling anyone, the technical assistant or whoever happens to enter the data would know.

In short, the MNREGA allocations made by Uttarakhand village councils are highly transparent and the official making them is highly accountable. It is hard to imagine a realistic context that could improve on either dimension.

Corruption despite transparency and accountability

We focus on close elections in our analysis. In these competitive elections, the winner received up to 15 more votes than the runner-up. Such a small winning margin ensures that we can exclude villages where elite capture or a non-existent political opposition might make accountability measures toothless. These winners and runners-up should be similar on observable and unobservable characteristics. This means that the only systematic difference between candidates is the election outcome itself and the power to determine MNREGA allocations that comes with the position.

We find that winners of close elections receive about three times as many MNREGA days in the year after the election (2015) as candidates who barely lost (Figure 3a), while there is no discontinuity in Figure 3b for the MNREGA allocations in the year before the election (2013). This placebo test supports the idea that political candidates standing for election for council president had similar characteristics before the election, but that becoming president allowed the winner to use the office for their private gain. The increase in MNREGA allocations corresponds to an additional payout of about Rs. 6,000 to the winner.

Figure 3. Winners of close elections for council president receive three times as many MNREGA days as candidates who barely lost

What explains such corruption despite high transparency and accountability? We find the strongest support for a ‘performance pay’ explanation. If the pay of presidents is low, foregoing their usual employment opportunities to take on the full-time job as president is not very attractive, especially if welfare programmes like MNREGA take a lot of time and effort to implement. To get better candidates to stand for election, voters may therefore need to accept some corruption to ensure that MNREGA projects are implemented and generate employment opportunities for villagers.

In our survey of council presidents, almost all respondents agree that presidents can make special efforts to create more jobs for the village, and over 50% of them answer in the affirmative to at least one of the following two questions:

Do you believe a typical person in a village in your block would agree that a Gram Pradhan who makes those efforts deserves a few more MNREGA jobs than the typical household in the village?

Suppose a Gram Pradhan in a typical village in your block manages to get a new worksite approved for his village. Would people in the village expect the Pradhan’s household to do MNREGA labour on the newly approved worksite?

At the same time, the official wage for presidents is low. The Rs. 6,000 of excess payouts per year from MNREGA, though big relative to what the typical household receives, are too small to raise the president’s total compensation to even half the median in rural Uttarakhand. Nearly three-quarters of respondents believe they would have more money if they had not become president.

Nevertheless, most presidents do not allocate themselves the maximum 100 days of employment that is permissible under MNREGA, often making do with 30-60 days. Such restraint suggests there is an unspoken rule or ‘contract’ about how a president may engage in corruption. Likewise, we find no evidence that presidents give preferential MNREGA benefits to their extended family, suggesting corruption arises only as limited personal compensation for the president, not a widespread system of theft.

Figure 4. Presidents believe their performance matters and that villagers agree it should be compensated with more MNREGA days

While our analysis focuses on a specific case, it suggests that corruption does not always automatically disappear when transparency and accountability measures are put in place. Corruption sometimes arises as a solution to a deeper problem, suggesting policymakers should tailor their interventions carefully. While it is tempting to think about corruption as inefficient and wasteful, in Uttarakhand it serves the purpose of generating more MNREGA jobs for villagers by incentivising local leaders to implement the programme. Simply curbing corruption without an alternative plan may have larger costs than benefits.