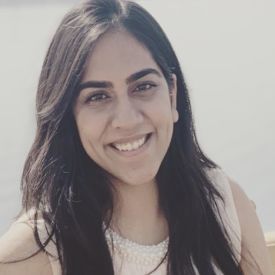 There has been a decline in the female labour force participation rate and size of the female labour force in India in recent years. This article looks at this trend in conjunction with female educational attainment in the country. It finds that states with high levels of patriarchy are also the ones where a high proportion of women with graduate and postgraduate degrees are out of the labour force.

There has been a fall in female labour force participation rate (FLPR) in India despite robust economic growth, rising incomes, fall in fertility rates, and improvement in female literacy levels. This precarious trend has received much attention in the last few years. Estimates from the National Sample Survey (NSS) data reveal that between 1993-94 and 2011-12, the FLPR (‘usual status’ approach1 has declined from 42.6% to 31.2% for ages 15 and above (Andres et al. 2017). In a recent study (Ghai 2018), I look at FLPR in conjunction with female education using the most recent data from the Labour Bureau’s Annual Employment and Unemployment Survey (EUS) (2015-16).

Source: Author’s estimates from labour force participation rates and projected population in the 4th and 5th Report of the Labour Bureau Annual Employment and Unemployment Survey.

Examining the relationship between education and FLPR

Secondly, the U-shaped hypothesis (Klasen and Pieters 2013, Andres et al. 2017) that traces the relation between education and FLPR is reaffirmed: FLPR is high at very low levels of education, plummets into a downward trajectory with improvements in educational attainment, and rise again at higher levels of education. When education levels are low, women work out of economic necessity – mainly in agriculture. At medium levels of education, women are reluctant to work manual jobs at low wages. As the financial necessity of women to engage in outside work drops as well, families are keen for women to stay at home as it is reflective of a rise in social status. Women at higher education levels are able to find white-collared jobs, and are less restricted by social norms and family circumstances.

Thirdly, I re-examine the argument that increasing education enrolment has led to a drop in FLPR (Thomas 2012, Rangaranjan et al. 2011, Abraham 2013). Andres et al. (2017) note that between 1993-94 and 2011-12, for ages 15 and above the combined participation rate (sum of the FLPR and education participation rates) declined, suggesting that the decline in FLPR may not necessarily have stemmed from rise in educational attendance. Rustagi (2013) notes a secular decline in the FLPR between 1999-00 and 2011-12 across all age cohorts and not just the 15-29 year olds (the cohort most likely engaged in acquiring education). Ghose (2013) too argues that the non-student FLPR (the female labour force as a percentage of non-student population) displays the same pattern (decline) as that of the FLPR between 1999-00 and 2011-12.

Fourthly, in understanding the phenomenon of drop in FLPR among women with high educational attainment, I identify four pathways such as the link between education and marriage markets, education and social norms, the poor demand conditions in the labour market for educated women, and quality of education. For instance, there is evidence that suggests that part of the expansion of education in India has been to improve the marriage prospects of women, rather than their employment prospects (Klasen and Pieters 2013). In 1987, primary education alone accounted for high returns in the marriage market but in 2009, the marriage prospects of women with higher education were better (Klasen and Pieters 2013). At the same time, adverse social norms for women place a higher premium and social prestige on households that keep the women secluded which offsets the impact of education on FLPR.

There is also the case of oversupply of educated women relative to growth in jobs that are considered appropriate by them (formal sector jobs), resulting in ‘crowding-out’ effects. Further, significant gender wage differential exists in the labour market even at high levels of education. The wage gap for women graduates and above vis-à-vis male counterparts was as high as 31.3% in rural areas and 24.3% in urban areas, in 2011-12. Further, education in most developing countries seeks to ‘domesticate’ rather than ‘empower’ women. The Hindu (2017) reported that there was absence of gender parity in textbooks for children in India for grades 2-5 on subjects such as Hindi, mathematics, English, and environmental studies. In all of these textbooks, women are confined indoors and shown to be adept only at domestic chores while men are shown to be participating in outdoor activities. While men are shown to be the head of the family, women are portrayed to be primary caregivers. Moreover, there was a significant ‘masculisation’ of jobs in these textbooks. For instance, in the class five mathematics textbook, all the jobs (in the illustrations) including that of a farmer, milk-seller, and shopkeeper are performed by men. Thus, education does not challenge the traditional elements that shape marriage dynamics in terms of decisions regarding labour force participation and domestic work. In September 2018, Madhya Pradesh’s Barkatullah University announced a three-month course to instil sanskar (traditional values) among the young generation. Vice-chancellor Prof. D.C. Gupta explained the objective of the course was to “make girls aware so they can adjust to new environment after marriage…and prepare brides who will keep families intact”. All of this speaks to the poor quality of education and institutionalised gender biases in the country.

Lastly, I test the hypothesis that prevailing social norms hinder the participation of women in the economy despite higher levels of education. For the purpose of quantifying social and cultural norms, I constructed an index for patriarchy at the state level3. The variables used in the index to quantify patriarchy are child sex ratio, participation of women in household decisions, and spousal violence. Though solely correlational, notably it is found that states with high levels of patriarchy, as estimated by the index, are also states where high proportion of women with graduate and postgraduate degrees are out of the labour force. For instance, Haryana that scores very high on the patriarchy index has almost 70% of women graduates out of the labour force. On the other hand, Nagaland that scores low on the patriarchy index has only about 29% women with graduate degrees out of the labour force.

Along with focus on female education, government schemes must also target the cultural and social forces that impede FLPR, and facilitate behavioural changes that are conducive to the acceptability of female employment. For instance, implementing reflective programmes on gender equality in secondary school that improve the cognitive ability of young girls to question gender roles, and launching high-octane campaigns at the local and national level that redefine norms around masculinity and men’s and women’s roles in the family. These, coupled with policies that address some of the other demand- and supply-side constraints on FLPR, are likely to bolster the effort and result in discernible positive outcomes for women.