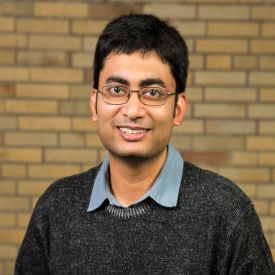 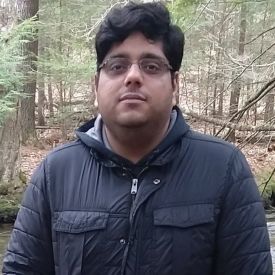 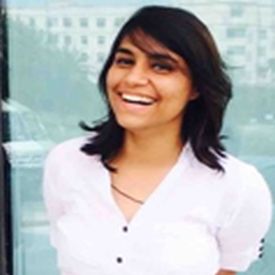 The criminalisation of politics has become a massive threat to society. While the impact of criminally accused leaders on economic outcomes has been studied in the literature, little is known about their effect on the crime environment of the jurisdiction. Analysing data from India for 2009-2018, this article shows that in districts with weak rule of law, an additional criminally accused leader leads to 64 more criminal cases.

In many parts of the world, the criminalisation of politics has become a massive threat to society (Kochanek 2010, Brown 2017, Godson 2017). The term broadly refers to the linkages between criminals and politicians. However, a significant proportion of elected politicians are also charged with crimes such as murder, attempt to murder, kidnapping, and rape. While this issue is prevalent in several countries,1 India is experiencing it on a particularly large scale. In the Assembly elections in the state of Bihar in 2020, 68% of elected candidates had a criminal history, with a majority of them accused of serious crimes.

Leaders with criminal background can impact crime in two opposing directions. One strand of the existing research studies recognises the direct or indirect support received by mafias from elected, criminally accused politicians leading to more criminal cases in the area (Paoli 2014). This literature further highlights that this nexus between mafias and politicians is common in states with weak institutions and judicial capacity (Williams 2009). On the other hand, another strand of research explains the voters’ decisions by rejecting the ‘ignorant voter hypothesis’. It argues that voters do not expect any support from the weak institutions of the State and, therefore, intentionally elect criminally accused politicians as they view these leaders as their ‘Robin Hoods’ or ‘godfathers’ – who can support the local community during socioeconomic distress. This literature highlights that when influential politicians with a history of extra-judicial violence (the so-called ‘godfathers’) are in power, some criminals in the area exercise restraint resulting in fewer criminal cases (Vaishnav 2017). This makes the question of whether criminality leads to more crime an empirical one, where the impact of criminally accused leaders on the crime environment in their jurisdiction is a priori ambiguous.

Indian politics is intertwined with the politics of protest. History reveals that many of the protests that started peacefully took a violent turn, resulting in many politicians and activists facing criminal charges of violating public tranquility against them. Such violations of public tranquillity, which are a routine medium of expression in Indian politics, are qualitatively different from serious charges like murder, rape, and physical assault. For instance, Arvind Kejriwal, the Chief Minister of Delhi, was accused of an unlawful assembly during a protest in 2012, in support of the bill against corruption proposed in the Parliament. Two years later, Pappu Yadav – a politician from Bihar state with a boatload of criminal cases against him including serious charges of murder – made his re-entry to the Parliament after years of imprisonment. As both the leaders are technically accused of criminal offenses, it is important to differentiate on the basis of the type of charges. Our hypothesis is that a politician accused of serious crimes – the latter case – may be more capable of abusing their powers and have adverse consequences on the crime environment than the former, or play the ‘godfather’ role more effectively thereby reducing crimes in the district.

Weak rule of law as catalyst

The potential effect of criminal politicians on crime, irrespective of whether the effect is positive or negative, relies on the common premise of weak rule of law. One possibility is that the existence of criminally accused leaders, especially those accused of serious crimes, leads to further deterioration of the law and order situation. This phenomenon is popularly known as mafia raj or jungle raj.3 The accused leaders in these states are either well-networked mafias or are directly or indirectly connected to the mafias, thus taking advantage of the weak rule of law and creating an atmosphere that is conducive to crime. For instance, Lalu Prasad Yadav’s regime in Bihar was often termed as one such jungle raj where his men operating in Nalanda, Nawada, and Patna districts regularly made newspaper headlines for their unrelenting spate of kidnappings in the capital city of Patna.

The second possibility is that the criminally accused leaders burnish their accusations to create voters’ support in the weak states. In this case, a candidate’s criminal reputation is a signal of their willingness and ability to bend the rules to protect their community’s interests. They act as ‘Robin Hood’ or ‘godfather’ for the section of society who vote for them knowing their background. This section of society, usually poor voters in the weak states, considers these leaders a substitute for the weak institutions and expects their support in times of socioeconomic distress.

Existing evidence suggests that both the scenarios mentioned above occur in states with weak institutions, such as Bihar, Madhya Pradesh, Rajasthan, Odisha, and Uttar Pradesh (BIMAROU). For instance, Vaishnav (2017) talks about how Anant Singh, a fourtime MLA (Member of Legislative Assembly) from Mokama constituency of Patna who was involved in over a dozen serious criminal cases, and was renowned for ‘doing good by doing bad’. He was consistently involved in criminal activity during his time as MLA, but at the same time, the constituents in Mokama addressed him as “Chhote Sarkar”4 due to his support to poor voters during periods of economic and social hardship. On the other hand, various studies such as Fisman et al. (2014) and Prakash et al. (2019) find that the detrimental effects of corrupt and criminal politicians are magnified in BIMAROU states.

In recent research, we investigate how the criminality of the MLAs affects crime outcomes in their constituencies using data from the period 2009-2018 (Prakash et al. 2021). Using information on the criminal cases of MLAs from the Association for Democratic Reforms, we follow the Indian Penal Code and classify each accusation into a serious or a non-serious case. We then collate this information with additional data on election results from the Election Commission of India and with district-level crime outcomes from the National Crime Records Bureau.  We leverage the almost-random variation in the criminality of leaders arising from close election outcomes to estimate the causal effect of criminally accused MLAs on crime outcomes in the districts.5 We distinguish politicians accused of serious crimes from those accused of any crime and analyse the effect for BIMAROU (weak) and non-BIMAROU states.

For leaders accused of any crime, we find that the magnitude of the estimate for the BIMAROU states is 635.8. This means that, compared to a district with no criminally accused leader, if a district has all the leaders accused of any crime, then the total crime count goes up by approximately 636 cases per year, which is 15% of the average criminal cases in the district. In BIMAROU states, each district has 10 political leaders, on average. Hence, an additional criminally accused leader leads to 64 more criminal cases in the district.

For leaders accused of serious crime, we find that the magnitude of the estimate for the BIMAROU states is 1,055.3, which is much larger than the previous estimate. Compared to a district with no leader accused of a serious crime, if a district has all the leaders accused of a serious crime, the total crime count in the district goes up by approximately 1,055 cases per year, which is 25% of the average criminal cases. Therefore, for BIMAROU states, an additional seriously accused leader leads to approximately 106 more criminal cases in the district.

These results indicate that, electing a leader accused of serious crimes compared to a leader accused of any crime poses a more significant threat to society in terms of the crime environment, specifically in states with wake institutions. This finding is consistent with the literature emphasising the nexus between criminally accused politicians, especially those accused of serious crimes, and mafias in institutionally weak environments.

We further divide the total number of criminal cases in the districts into three categories – crimes against women, gender-neutral crimes, and other crimes – to examine which type of criminal cases are most impacted by leaders accused of serious crimes. We find that an additional seriously accused leader results in 10 more cases of crimes against women. As expected, the effect is larger in the BIMAROU states. An additional leader accused of serious crimes leads to 20 more cases of crimes against women in the BIMAROU districts. Therefore, these leaders appear to be a threat to women in society in both BIMAROU as well as non-BIMAROU states.