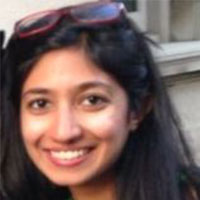 In the recent state assembly elections in Tamil Nadu, political parties targeted women voters with specific handouts and proposed policies such as alcohol bans. This column contends that while the increasing political attention to women is a positive trend, it needs to be explored whether the proposed policies are indeed effective solutions to the issues faced by women.

Citizens in the state of Tamil Nadu went to polls on 16 May to vote for a new state legislature. Leading up to the polls, a common theme among contesting parties was appealing to the 29.3 million female voters, who outnumber male voters in the state. A policy all parties campaigned on was a statewide alcohol ban - couched in terms of benefiting the women who suffer alcohol-related violence and often forfeit precious household income for men’s alcohol consumption.

Other campaign promises aimed at women comprised an eclectic mix: 8 grams of gold for women getting married: a freebie which reinforces the illegal yet widely practiced custom of dowry; 50% off the price of scooters for working women: a targeted subsidy that could address crucial mobility constraints inhibiting women’s labour force participation in India; and a nine-month maternity leave for state government employees: a policy which would place Tamil Nadu substantially ahead of India’s current parental leave policy for its central government employees (180 days). Unlike any of these promises, the alcohol ban has clear distributive implications - it creates a group of winners (the women) and losers (the men who drink, and those who benefit from alcohol sales revenue). The parties are willing to champion the former.

Targeting women voters with specific handouts and policies is a relatively recent phenomenon. Indeed, Indian politicians have not always had the electoral incentive to do so. In the 1962 national election, female voter turnout (47%) lagged well behind male turnout (63%). This gap has been steadily closing across all states: in the last national election of 2014, female turnout rose to 65%, while male turnout was at 67%. Tamil Nadu was one of the states where women’s turnout surpassed men’s. In the recent state assembly elections, women outnumber men marginally in terms of polling percentages (74.3% vs. 74.1%) but by about 0.3 million raw votes1.

The campaign appeals in Tamil Nadu demonstrate that vote-maximising parties have internalised two things: (i) women are participating in larger numbers than ever, and (ii) women are participating as independent agents. The second is a stark shift from when suffrage was first extended to Indian women. Then, a woman’s right to vote in some provinces was tied to her husband’s property ownership, revealing a deep-seated notion that a woman’s vote was little more than a ‘multiplier’ of her husband’s (Singer 2007).

During fieldwork in Madhya Pradesh, a state that fares much worse than Tamil Nadu on indicators of gender equity, I found evidence of a similar shift. Urban local government representatives, many of who interact with their constituents every day, overwhelmingly reported believing that women make up their own minds when deciding who to vote for. Some also believed that women placed greater value on certain candidate characteristics, like personal approachability. According to these representatives, this affected their campaigning strategies and how they presented themselves to female voters.

Are politicians missing the mark?

The result of these changing perceptions is increasing political attention to women, who have been historically marginalised from the political sphere. This is a positive trend. But important questions remain: are politicians getting their appeals right? Do their promises reflect the opinions and demands of women in the electorate? To what extent are their proposed policies effective solutions to women’s problems?

Consider the proposed alcohol ban. Prohibition policies in India are often couched in terms of benefiting women who suffer alcohol-related violence. The general issue of violence against women achieved unprecedented social and political salience in India in the wake of the Nirbhaya rape case in December 2012. Since then, there has been active political discourse in India, including during the 2014 general elections, on what to do about it. Most recently, the state of Bihar became completely dry as of last month, with the Chief Minister “dedicating” the prohibition to the women of the state.

In 2013, Summer Lindsey, Macartan Humphreys and I, along with Social Development Direct, surveyed 7000+ men and women in 250 slums across four cities in Madhya Pradesh in an effort to better understand the complex dynamics around violence against women in India. Our findings confirmed patterns found in other studies (Gil-Gonzalez et al. 2006): women who reported that their partners drank were at a higher risk for experiencing emotional, physical and sexual violence from their partners. We also found that alcohol consumption by men strongly predicted their self-reported perpetration of harassment and violence against girls and women, at home and in public spaces. However, we are conscious that this data does not establish the kind of causal relationship needed to argue for a prohibition policy. Nor does it reveal much about the challenges of implementation, or how a ban fares against alternative measures.

From a politician’s perspective, what voters perceive as salient causes can be just as relevant for deciding what to campaign on. In our survey, we asked women what they thought were the main causes of violence against women in public spaces: 85% of them mentioned “men drinking alcohol”. Similarly 90% of women mentioned alcohol as the main reason that husbands beat their wives. Alcohol came up more than any other factor. These opinions were shared by randomly selected respondents and by women who were already active, or planned to be active in Self Help Groups. The latter may be thought of as individuals who are more likely to mobilise the community and influence political agendas with regard to women’s issues.

Insofar as politicians hope to woo women voters concerned about violence against women by championing alcohol bans, they are successfully appealing to a strongly held perception that alcohol is the major cause of such violence.

However, the most politically expedient solution may not be the most effective one. The fact is that while we know alcohol and violence against women are interlinked, we don’t know enough to say that bans are an effective policy tool. In a recent study, Luca et al. (2015) look at the temporal and state-level variation in bans on the commercial sale of alcohol in India and find that bans are associated with significant reductions in male drinking, as well as survey-reported domestic violence and violent crimes against women reported in official data.

On the other hand, Kumar and Prakash (2016) (see I4I column here) point to important challenges associated with implementation of a blanket ban against alcohol in the face of weak State capacity. They do note that Gujarat, the state with the longest period of prohibition in place, has lower levels of alcohol consumption among men than other states without the ban. The percentage of women who report experiencing physical partner violence in Gujarat (25%) is also lower than the national average (30%) (Kishor and Gupta 2009).

However, what is alarmingly high in Gujarat is the proportion of men who believe that a husband is justified in beating his wife (74%). This is much higher than the national average (54%) and suggests while that an alcohol ban may reduce opportunities for violence, it does little to address deep-seated social norms that make violence permissible in the first place. Note that other states where this proportion is extremely high, Mizoram (82.6%), Manipur (85%) and Nagaland (71.2%) are all ones that also had an alcohol ban in place at the time of the National Family Health Survey (NFHS)-3 (2005-06).

While the effectiveness of a short-term fix like an alcohol ban remains uncertain, it is clear that political actors feel pushed to do something. Electoral incentives are driving parties in elections across India to take political ownership of issues that affect women in their electorate. At present, parties are much less willing to challenge long-standing norms of inequity; another policy espoused by the DMK (Dravida Munnetra Kazhagam) in Tamil Nadu - 8 grams of gold for women getting married – rewards regressive practices of early marriage and dowry that put women at higher risk for domestic violence. The next challenge is to incentivise those who win office to commit to a long-term comprehensive agenda of women’s empowerment and invest in measures that address gender inequities more broadly - not just the high visibility fixes that seem popular.