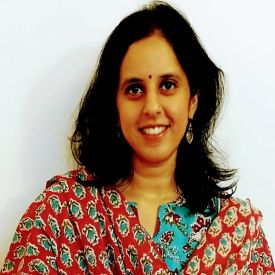 Several media articles in recent weeks have suggested that the Government of India is looking at introducing an ‘urban employment guarantee’ as a means of providing basic income security to millions of urban workers affected by Covid - 19 . This is welcome news. By now, numerous reports and surveys have shown that urban informal-sector workers were the worst hit during the pandemic. The relative weakness of social protection for the urban informal workforce stood out sharply during the lockdown and its aftermath.

However, unlike MNREGA (Mahatma Gandhi National Rural Employment Guarantee Act), which was debated and campaigned for extensively, and was based on decades of experience of implementing famine-relief works as well as Maharashtra’s Employment Guarantee Scheme, the urban employment guarantee did not have such precedents to rely on, until recently.

This is now changing. Several states have already launched urban employment programmes in response to the pandemic. In addition to Odisha’s Urban Wage Employment Initiative (UWEI) and Himachal’s Mukhyamantri Shahri Aajeevika Guarantee Yojana (Chief Minister Urban Livelihood Guarantee Programme), the latest one is Jharkhand’s Mukhyamantri Shramik Yojana (Chief Minister Workers Programme). While it is early days yet to say much about the impact of these schemes, Kerala’s Ayyankali Urban Employment Guarantee Scheme has been running for a few years already and can provide some lessons for the way forward. However, all the state-level schemes, even when they have been billed as job guarantees (such as in the states of Himachal Pradesh, Jharkhand, and Kerala), remain quite limited in their budgetary allocations and hence are unlikely to be true guarantees. A possible shape for a national urban employment guarantee programme has also been suggested last year.

This debate has been enriched by Jean Drèze’s proposal for a ‘Decentralised Urban Employment and Training’ (DUET). Jean’s proposal, as it stands, is an expanded public works scheme meant to absorb the slack in the urban casual-labour market, thereby raising earnings and potentially also the private wage rates. The second aim is to improve the quality of local public infrastructure. It is also worth noting that Jean is thinking of it as a first step towards an urban employment guarantee.

DUET’s strength lies in its simple design, and its ability to be rolled out with minimum additional administrative arrangements required to be in place prior to implementation. Another key feature is the use of multiple local employing agencies, instead of just the Urban Local Bodies (ULB), which might not be able to generate work in required amounts. Role of worker cooperatives as ‘placement agencies’ is also an idea with great promise. It can play a critical role in cutting through the dominance of labour contractors in urban areas. By creating worker collectives and enabling them to play the role of facilitating workers to register and access work, they can add a dimension of collective mobilisation that can enhance the bargaining power of workers under this scheme.

A few aspects that would be worth thinking about further are as follows. Firstly, the question of non-labour costs. DUET provides for job vouchers to cover wages, but local public institutions are likely to be resource constrained enough to not be able to meet materials and other costs. DUET needs to incorporate dedicated budgets for non-labour costs, or fiscal constraints may prevent it from starting in the first place.

Secondly, the vexed question of rural-urban migration. From the welfare point of view, for both DUET and for a possible urban employment guarantee, we think that all workers residing in the urban areas should have a right to participate in this programme. Since many of the most vulnerable urban workers who can benefit from DUET, are likely to be migrants or those who otherwise lack a fixed address, domicile or residence proof should not be mandatory. Rather a longer list of acceptable documents can be drawn up, as has been tried in state-level housing schemes. Further, workers whose names appear on MNREGA job cards should not be excluded from the scheme. The question of where the programme wage needs to be set to avoid large effects on migration needs more research.

Thirdly, workers under the programme must be provided with basic rights such as equal wages for women and men, worksite facilities, insurance and compensation for accidents/injuries, compensation for delays in wage payments, mandatory disclosure of information related to the implementation of the scheme, and provisions for social audit.

Finally, the role of the Public Works Department (PWD) needs to be thought through. Repair and maintenance of public institutions is the administrative jurisdiction of the PWD in every state. How will DUET ensure that it is providing more work at the time most needed, than employment generated by PWD? This can be done in a few ways. Firstly, by reducing the effective monopoly of labour contractors in deciding allocation of work. Secondly, by expanding the nature of works that can be undertaken in public institutions. Permissible works could go beyond construction and cleaning activities to include caregiving responsibilities for residents living in institutions, surveying and monitoring functions needed within institutions, assistance to frontline functionaries deployed within these institutions, promoting aesthetics and value creation based works, etc. Lastly, establishing transparent contracts for work within each institution will enhance the effectiveness and credibility of works undertaken under DUET, compared to those undertaken by the traditionally ill-famed PWD.

Going beyond urban employment guarantee as essentially a public-works programme, one can also think of a more comprehensive approach – a legislation that not only provides employment through public works, but also offers social protection to workers who are self-employed/working in informal work conditions by ensuring their access to a minimum social-security net. The latter is a concept strongly advocated by unions and worker collectives, particularly in light of the precarity that the labour codes enacted by the Indian Parliament in September 2020 subjects workers to. Based on our consultations with various stakeholders we recently issued a letter to the Government of India listing these recommendations.

An informed, inclusive, and participatory public dialogue on the pros and cons of each approach can only benefit the much-needed intervention for protecting the rights of urban workers. It is good that both actual policy and policy debates have brought urban employment for informal workers on the radar. It is high time.