The Bihar story: Resurrection of the state 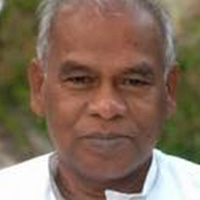 In the not so distant past, the Indian state of Bihar was a byword for corruption, lawlessness, poverty, and absence of governance. Over the last decade or so, the state has demonstrated a remarkable turnaround and has consistently been amongst the fastest growing regions in the country. At IGC Growth Week, Bihar Chief Minister Jitan Ram Manjhi outlined the key initiatives that made this possible.

The popular perception is that Bihar’s underdevelopment is primarily due to poor governance since India’s independence. While one cannot deny that the quality of governance in Bihar till very recently has not been satisfactory, it would be a mistake to consider it as the only or main reason for Bihar’s backwardness.

The regressive land tenure system during the colonial era meant that by the time India gained independence, Bihar was already at the bottom of the national list in terms of public infrastructure, industrialisation, and other social development indicators. This situation was further accentuated by the ill-advised policies of the government of newly independent India which further widened the gap between rich and poor states. In addition to the unhelpful policies of the central government, successive state governments also lacked vision and commitment to rebuild Bihar. When our government came to power in 2005, Bihar was seen as a perfect example of a failed state: law and order was abysmal, different caste-groups possessed private armies that would often kill innocent people, public and social infrastructure was in appalling condition and welfare supports for the poor rarely reached its target.

Given this hopeless and miserable background, Bihar has done remarkably well in overcoming these institutionalised barriers. The state that had become a model for absence of governance is now being talked about for its progressive policies, spectacular growth rate and good governance. Within a relatively short span of seven to eight years, Bihar has rebuilt public institutions that had decayed due to decades of misrule: the rule of law has been firmly established, roads and bridges have been built, schools and hospitals have been resurrected, and, most importantly, we have dispelled the atmosphere of hopelessness and ousted the sense of insecurity among the people. These efforts have not only resulted in a significant improvement in the quality of lives of people in Bihar but have also made Bihar one of the fastest growing states in India: the average growth rate has been more than 10% over the last seven years. This growth has also lifted a large number of poor out of poverty. In 2005, 54% of Bihar’s population was below the poverty line (BPL). According to the latest report by the Planning Commission, the BPL ratio declined to 33% in 2011-12. This 20% reduction in poverty within a short span of five years shows that the benefits of economic growth are beginning to be widely shared.

How has Bihar managed to put the state and economy back on track?

In the period 2007-2012, Bihar’s average annual growth rate was 11%. In the same period the per capita income of Bihar grew at 9.44% as against 6.46% for India. This is not a flash in the pan but was fostered by good governance, a sharp increase in public outlays and a conducive milieu which unleashed the entrepreneurial spirit of millions in seeking to improve their life quality. Our government has also started a large number of innovative policies that have redefined citizens’ interface with the state: (a) The Right to Public Service Act 2011 to reduce red tape; (b) A programme to curtail the growing disconnect between the governing elite and the governed by ensuring that key decision-makers are aware of the kinds of problems ordinary people face; (c) A policy of zero tolerance to corruption; (d) Innovative use of technology to increase transparency and accountability.

In order to harness the full potential of Bihar’s human capital there must be a focus on education and health. We adopted a multi-pronged strategy of improving access to school through opening new schools, adding more classrooms and incentivising enrolment, targeting the hard to reach and marginalised, improving gender equity, quality in schools and the establishment of universities. The enrolment rate in primary schools has increased from 86.5% in 2005 to 97% in 2012. The Bicycle scheme started by the government in 2006, that provides Rs. 2,500 to every child enrolled in grade 9th to purchase a bicycle, has been a big success and led to a massive increase in enrolment in secondary schools, especially for girls. An IGC study shows that this programme increased the enrolment rate for girls by 40%. The success of this programme in Bihar has inspired many other states in India to use it as a policy tool to increase girls’ enrolment rate. With the expansion of elementary education, demand for secondary education has increased.

In 2006, the Government of Bihar took an important decision to provide free medicines and later in 2009 to provide free radiological and pathological services to patients in government health institutions. This resulted in an unprecedented increase in the number of patients visiting primary health centres for treatment from 39 a month in 2005 to 8,500 a month in 2012. The infant mortality rate has declined from 61 per thousand in 2005 to 44 per thousand in 2011, equal to the national average. The government’s vigorous campaign to strengthen the routine immunisation programme has increased the immunisation rate to 70%, considerably higher than the national average of 61%.

Good physical infrastructure is critical for any state’s development. Thanks to Public Private Partnerships (PPP), Bihar has seen a huge expansion in the network of roads and bridges. In the last eight years, the Road Construction Department and Rural Works Department together have constructed more than 55,000 km. of major and rural roads. More than 14,400 major and minor bridges have been constructed to enhance connectivity. While in 2005, only 3.3 km of road was being constructed every day, the present rate has increased to around 35 km per day. In addition, we have introduced several innovative policies such as using mobile inspection software that has helped assess the ‘quality of monitoring’ by the engineers as it was easier to track whether or not they visited the work sites. This turnaround of Bihar State Bridge Corporation Ltd. from a loss-making public sector unit to a highly profitable one again offers policy lessons that can be used by other states.

Since 2005, the government has undertaken a series of measures to empower women by making them equal partners in the development process for the state and attempting to end discrimination against them in all forms through an affirmative action policy – reserving 50% of all vacancies for teachers and in Urban Local Bodies, and 35% of all policing vacancies – and by opening separate police stations exclusively for dealing with crime against women.

Bihar did not achieve high economic growth rates at the cost of inclusive goals. Special welfare programmes are being implemented for the poorest, minorities and women. From the very beginning the state government has given emphasis on the educational development of students from minority communities. In order to incentivise students from minority communities to go to school, a scholarship scheme was begun in 2007 under which Rs. 10,000 is given to any minority student who gets first division in their Class X exam. In 2007, the number of such students of minority community who passed with first division was 2,600. Today, that figure is 29,000.

The story of Bihar is the story of the power of democracy, state building, and governance. Though Bihar has come long way, the job is far from over. There remain plenty of challenges that will be faced, but Bihar is ready to face these challenges. We have resurrected the capacity of the state to deliver growth and good governance with accountability, fairness and transparency.

This article first appeared on the IGC Blog.