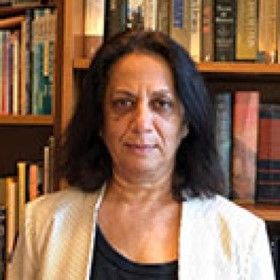 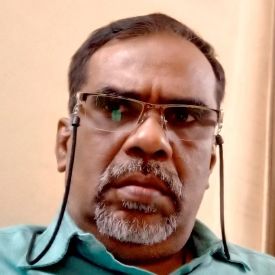 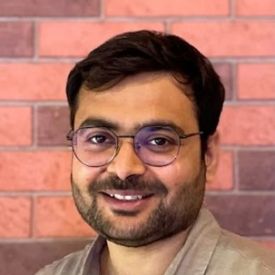 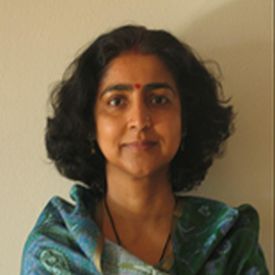 Government programmes which grant women access to financial support often provide assistance which is too small to significantly impact women’s economic position within the household. This article uses data on loans granted to members of NRLP self-help groups and finds that increasing women's access to financial resources enhance their decision-making role within the household. However, only large loans have this effect, while providing women with small loans yields similar results to improving the financial position of the household.

One explanation for the marginal effects of microfinance programmes comes from theoretical models of poverty traps. These models postulate that movements out of poverty require a ‘big push’ that generates a large jump or change in the resource base of poor households. Responding to this, governments are increasingly embracing programmes that grant ultra-poor1 women livelihood-generating assets such as livestock, while also providing them with training to upgrade their skills and other complementary inputs.

But can ‘big push’ programmes enable a change in women’s status? And, if so, are there less costly ways of making this push to ensure a much wider coverage of all below-poverty-line women, and not just the ultra-poor? In a recent study (Kochar et al. 2022), we address these questions, drawing on India’s experience with SHGs under the National Rural Livelihoods Project (NRLP)2.

The NRLP seeks to enhance women’s livelihoods through support for a federation of community institutions. SHGs comprising 10-15 women from the same residential neighbourhood of the village constitute the lowest tier of this three-tier federation. As in other such programmes, membership in a NRLP SHG requires regular savings; in early stages of a SHG’s life cycle, loans are based on the group’s accumulated internal savings. Given the small amounts saved monthly, SHGs’ savings accumulate very slowly. Amongst SHGs surveyed by us, monthly savings varied from Rs. 10 to Rs. 100, with a mean of Rs. 30 and a median of only Rs. 10. Correspondingly, initial loan amounts are small: The average loan size across all SHG members in the first year of formation for SHGs in our sample3 is just Rs. 1,014, with this number increasing to Rs. 4,150 if the sample is confined to those who borrow. This latter amount is equivalent to wage earnings from approximately 20 days of work. At this level, it is unlikely that the loans offered by the programme would significantly impact women’s economic position within the household.

The NRLP, however, promoted an institutional architecture that magnified the economic benefits to members over time. This was primarily through the Community Investment Fund (CIF), a grant-in-perpetuity to SHGs that doubled average loan amounts granted to individual members. Repaid funds remain within the SHG federation to support continued internal lending, and hence provide the basis for a significant improvement in incomes. Though the central government set guidelines for the CIF amount per SHG, each state has the discretion to independently determine funding amounts. The variation in state funding per SHG is significant, ranging from Rs. 30,000 to Rs. 110,000.

To evaluate the NRLP we implemented a cross-sectional survey of approximately 15,000 SHG members across eight of India’s poorest states in 2019, as the programme approached its end4. The data thus enabled us to evaluate the impact of the programme at scale, after it had reached almost universal coverage of its targeted 70 million below-poverty-line households5.

The survey was designed to identify the impact of the NRLP by exploiting its phasing both across blocks, and within blocks across villages, of the country, and provides a wealth of information on households and SHGs. The programme’s design called for inputs such as CIFs to be 'layered' on each other so that the set of inputs6 provided to a SHG increased with its ‘age’. The considerable variation in the programme’s start date across villages and hence in SHGs’ age therefore generates corresponding variation in the programme inputs provided to SHGs – variation that is rarely available in studies based on pilots of programmes in a particular state. 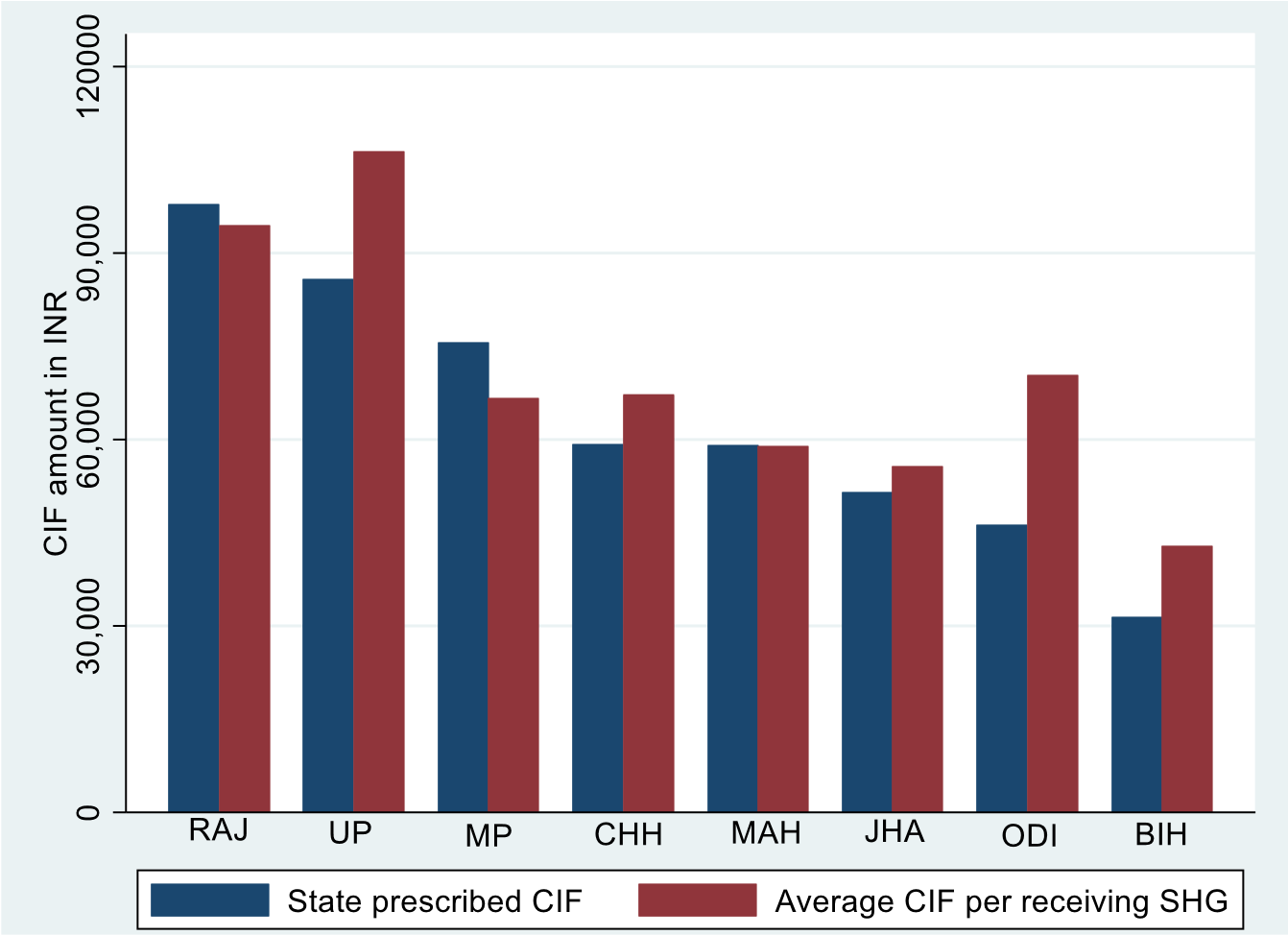 We exploit variations in the incidence of treatment at the level of SHGs: we compare outcomes for SHGs that did and did not receive CIFs in high-CIF states, relative to the same difference observed in low-CIF states.

These state-level differences in the CIF amount allow us to control for possible endogenous variation in programme intensity, and incidence caused by factors such as the provision of larger CIF amounts in states with better implementation, or the targeting of ‘superior’ SHGs. Our ability to identify the impact of CIFs is enabled by the large number of states covered in our survey, and the extensive phasing of the programme across blocks and villages. The former ensures significant variation in CIF amounts received per SHG across states; while the latter generates variation in the incidence of CIFs across SHGs. Differences across both dimensions are critical for identification of the impact of CIFs. In addition to tests of identification and the assumptions underlying a difference-in-difference regression, we also subject our results to a broad set of falsification tests,8 including to check whether the results merely reflect differences in socio-economic conditions across states.

We find strong evidence that these large improvements in a woman’s access to financial resources enhance her decision-making role within the household. The provision of CIF in high-CIF states raises women’s decision-making by 0.10 points, a 2.2% increase over the mean value of 3.08 (out of a maximum score of 5).

We extend our analysis to address the policy relevant question of whether targeting women for financial inclusion generates benefits beyond improving financial access for households, irrespective of who within the household has access to loans. Building on a large body of research that tests the unitary or income-pooling model10 (Thomas 1990, Bourguignon et al. 1993) we confirm that women’s financial access to CIF funds affects household consumption allocations even after taking into account the effect of the totality of the financial resources that the household possesses. This evidence supports the view that women’s access to large loans affects households not just because they increase the household’s resources, but also because they improve women’s bargaining weight or decision-making ability.

However, we find that this result applies only to large loans: women’s access to the significantly smaller loans available after one year of internal SHG savings (without access to CIFs) affect consumption allocations only through their effect on household savings. That is, providing women with access to small loans yields results that are similar to improvements in the overall financial position of the household, implying no benefit from targeting women. This helps explain why several studies that evaluate SHGs even after a period of three years or so find their impact on household consumption to be minimal (Banerjee, Karlan and Zinman 2015).

As previously noted, our research relates to the growing evidence on multifaceted "Graduation" programmes11 that provide large grants, training and other complementary inputs to ultra-poor households (Banerjee et al. 2015). In general, these studies report large and sustained improvements in asset ownership, income and expenditure, as do evaluations of other programmes that provide large cash transfers to households. Whether these large transfers improve women’s decision-making is an open question. The review of six ultra-poor “Graduation” programmes in Banerjee et al. (2015) suggests that there was no impact three years after the program was introduced, though there appeared to be some early gains in a study conducted two years after the initial survey.

Even if the effect of large cash transfer programmes on women’s empowerment were positive, their cost suggests a limited potential to impact outcomes on scale; though BRAC’s programme12 covered 360,000 households by 2014 and was intended to reach 650,000 households by 2016, these numbers are small relative to that of the NRLP in India.

By 2020, the NRLP reached over 72 million households through 7 million SHGs, suggesting the ability to transform women’s status if the features which made the programme successful can be ensured and sustained in all SHGs. This, of course, remains the challenge: ensuring that features of the programme’s design that enable a sizeable impact on women are implemented in full, and not scaled back to a level where their effect is negligible.