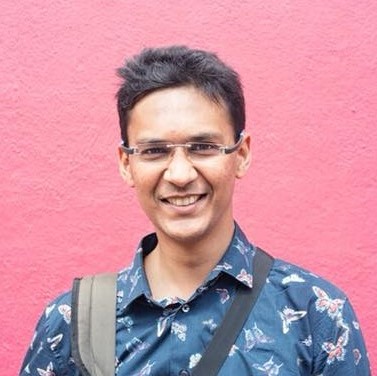 The National Rural Livelihood Mission aims to increase income and improve wellbeing for rural households. Using survey data from nine states in India, this article analyses the existence of caste-based differences in self-help groups within the NRLM programme. It finds that members of disadvantaged groups are equally likely to be elected as an office bearer. Further representation of disadvantaged groups in leadership positions increases participation, access to benefits and other related outcomes amongst members from the disadvantaged group.

Implemented in 2011, the National Rural Livelihood Mission (NRLM) is India’s flagship rural livelihoods programme. The NRLM aims to provide livelihood support to poor households in rural areas to enable them to increase household income and improve wellbeing. At the centre of the NRLM are self-help groups (SHGs), which comprise of 10-15 women residing in the same neighbourhood. Unlike previous livelihoods programme, the NRLM focusses on building institutions and capacities. A federated structure starting with an apex ‘umbrella’ institution (known as the State Rural Livelihood Missions (SRLM) at the state-level) oversees a hierarchy of institutions at lower levels. At the bottom of this structure are SHGs or ‘institutions of the poor’, established to give them a collective voice and enhance their bargaining power. These collective institutions are managed by elected representatives, including a President, Vice President, and Treasurer – collectively referred to as office bearers.1 The office bearers are elected by the SHG members for a fixed tenure (as decided by the group).

Factors contributing to the relative success of the NRLM

Historically, community-based development programmes have been prone to elite capture, where the benefits from the programme have been captured either by the community leaders or by the more powerful households in the community (Mansuri and Rao 2012). Elite capture results in the target beneficiaries of development or livelihood programmes being excluded from receiving benefits. Social exclusion and elite capture in earlier livelihoods programs are well documented (Singh et al. 2017). The Radhakrishna Committee on Credit Related Issues Under SGSY (2009) highlights the elite capture of groups by influential persons in villages across most states (especially Bihar and Uttar Pradesh) as one of the deficiencies in the delivery mechanisms in the poverty-alleviation programme Swarnjayanti Gram Swarozgar Yojana (SGSY).

Since its inception, the NRLM has implemented a range of social inclusion strategies aimed at creating inclusive and participatory community institutions. The mission mandates priority targeting and inclusion of members from the vulnerable groups, particularly the Scheduled Castes (SC), Scheduled Tribes (ST), and other minority groups. In addition, the programme also requires that members from vulnerable households be well represented in leadership roles or office bearer positions within the SHGs; the objective of this directive is to ensure that vulnerable households are well represented in the decision-making processes, and benefits from the SHG do not disproportionately accrue to the relatively more well-off members in the group.

A recent impact evaluation of the NRLM (Kochar et al. 2020) provides robust evidence that the programme has had a significant impact on the targetted households in terms of increasing their incomes and savings.

In a recent study (Jain et al. 2022), we test for the existence of caste-based differences in mixed caste SHGs formed under the NRLM. Caste forms an important social institution in India, where individuals are divided into different caste groups by birth. Evidence for caste-based differences and discrimination in the labour market (Singh and Pattanaik 2020, Thorat et al. 2021); public services such as education (Bailwal and Paul 2020) and drinking water (Dutta et al. 2017), access to formal credit (Raj and Sasidharan 2018, Patel et al. 2020) is well documented and established.

We study the effect of members’ socio-economic characteristics on the likelihood of her becoming an office bearer in the SHG; specifically, we are interested in understanding its correlation with members’ caste identities. In addition, we analyse the effect of members’ caste identities on her participation in the SHG and on the benefits received from the SHG.2

We define a mixed group SHG as one that has at least one member from each of the following two type of households: i) SC and ST (including other minority groups), and ii) general and other backward classes (OBCs). Our empirical strategy is based on fixed effects estimation – we use SHG-level fixed effects to compare members in the same self-help group3.

The data we use for this study was collected in 2019-2020 for an impact evaluation of the National Rural Livelihood Programme (see Kochar et al. 2020). The study collected detailed data on households, villages, SHGs, village organisations and cluster-level federations  from rural areas of nine states4  in India. The team surveyed a total of 5,672 SHGs and collected detailed data on various aspects of the SHG, including - i) particulars of its formation, ii) member-wise details on caste, education and household details, iii) aspects of their functioning – information about office bearers, savings, loans, trainings, financial health, adherence to Panchasutras5 and iv) support provided to members for accessing social security schemes. The analytical sample that we have selected, consists of 1,569 functional and mixed caste SHGs, with a total of 17,849 constituent members.

Controlling for various member-level characteristics, we find no significant differences in the likelihood of holding an office bearer position across members from different caste groups. This implies that, given everything else is equal, SC and ST members have an equal likelihood of holding an office bearer position in a mixed caste SHG as compared to other members in the same SHG. However, we do find that SC and ST members do face a disadvantage in becoming a leader or President of the SHG. Although these differences are smaller in magnitude, they remain statistically significant even after controlling for background characteristics.

Overall, it seems that the NRLM programme has been successful in ensuring adequate representation from the disadvantaged groups in key positions in the SHG. This is important for both programme implementation and empowerment of the disadvantaged members in the SHG. From a programme perspective, adequate representation of the disadvantaged groups in the decision-making body is needed to ensure that the programme remains inclusive and that SHGs are responsive to the needs and requirements of all members in the group. Regarding empowerment, these office bearers might emerge as role models and empower other members in the group, especially for those with similar characteristics as the office bearer. Besides, they might also serve as a link between the members and other local level institutions, such as the gram panchayat and banks, and thus help members raise concerns with panchayat members or access social security schemes; this is more likely if the office bearer and members have a shared caste-identity.

Why is labour mobility in India so low?