Does the gender of your co-worker matter? Evidence from call centres 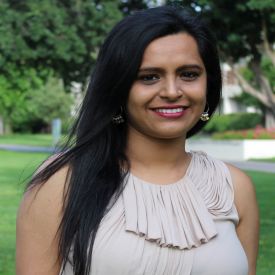 Several theories suggest that gender integration in the workplace may have negative effects in gender-segregated societies. Based on an experiment conducted with 765 employees in call centres located in five Indian cities, this article shows that being assigned to a mixed-gender team – Vis-a-vis same-gender team – has no effect on either productivity or number of days that an employee is present at work.

Gender integration in the workplace may have negative effects on employee productivity (Akerlof and Kranton 2000, Bertrand et al. 2015). This could decrease employee productivity if employees of different genders are (1) uncomfortable or distracted by each other’s presence (Kandel and Lazear 1992), (2) face communication barriers while interacting (Hamilton et al. 2012), (3) socialise and date more within the organisation due to lack of alternate avenues to meet new people. On the other hand, there could be mutual learning and knowledge spillovers (Hamilton et al. 2012).

Does the gender of one's co-worker matter? The question is especially pertinent in a traditional-country setting where gender roles are more rigid. Often in such traditional settings, prolonged interactions with members of a different gender as equals and outside of family, happens in the workplace. I conduct an experiment in call centres located in five Indian (four small cities and one metropolitan city) cities (Batheja 2020).1 Using matched pair randomisation2 on past productivity, I randomise call centre employees or customer sales representatives into mixed gender (30-50% females) and same gender teams. A total of 765 employees (297 male employees in mixed-gender teams, 320 in all-male teams; 67 female employees in mixed-gender teams, and 81 in all-female teams) were seated with their new teams for a median of 12 weeks.3 Male and female co-workers in mixed-gender teams were mapped to sit on alternate seats to intensify exposure to different gender.

There are many advantages to choosing call centres to conduct this experiment about the impact of gender composition of team members on employee performance. First, despite being male-dominated, the call centres or the Business Process Outsourcing (BPO) sector employs large number of female employees at the agent level (entry-level jobs involving making calls as customer support representatives) due to their comparative advantage in interpersonal skills (Jensen 2012). The second reason for choosing this setting is that these are entry-level jobs and employ young people with low prior exposure to different gender. The average age of an agent is around 21 years in my sample. A third reason is that there are uniform and consistent measures of productivity for all workers in this setting, which may not be the case for some other work settings.

I have detailed and complete daily-level measures of individual productivity, which is internally collected using technology-based automatic data collection in the call centres. The top three productivity indicators are chosen depending on the nature of the businesses/processes after discussion and consensus with the call centre’s senior management. These include average call handling time, number of calls answered, sales made, and so on. After combining these three productivity indicators, the aggregate productivity is ‘standardised’4 within each process. This makes the productivity indicator comparable across all processes. At the extensive margin, I look at share of days worked during the course of the study period from the day of appearing in the study. This is an unconditional measure based on showing up to work so there are no selection concerns.

Does team matter in call centres?

A team is an important entity in call centres. In a typical call centre, customer support employees or agents are grouped to form teams, and agents interact with their team members on a daily basis in team meetings. As it is standard practice in call centres for teams to be seated together, changing the gender composition of teams leads to a change in the gender composition of peers seated around a worker. Workers interact with agents sitting next to them if they get stuck on a call and the team leader or manager is not around. Approximately, 66% of the respondents in the baseline survey agree that they learnt something from the agents sitting next to them. When asked about whose help they seek when stuck on a call, a vast majority of agents responded that they took help from the team leader (67%), followed by agents seated nearby (27%), and then others (6%). The importance of peer effect in this setting is supported by evidence from the economics literature that low-skilled or routine tasks have significant and larger peer effects than high-skilled jobs (Cornelissen et al. 2017, Ichino and Falk 2005, Bandiera et al. 2010).

Main finding: Not costly for firms to integrate women into all-male workplaces

There is no negative impact on either productivity or share of days worked during the study period, of being assigned to a mixed gender team for male employees. In general, there is evidence of gender discrimination in hiring practices in India, which is a potential cause of low female labour force participation rates of women (Chowdury et al. 2018). Additionally, the fastest growing sectors such as telecom and banking are dominated by men. Most of these firms have not undertaken any hiring initiatives to improve the situation (India Skills Report, 2017). These male-dominated sectors might be sceptical about hiring women, and the low representation of females in the senior management might be further increasing the entry barriers for women in these workplaces (Goldin 2014, Chowdhury et al. 2018). Given that I find precisely estimated zero effects on productivity, these are important findings providing supportive evidence for integrating women into workplace, without any additional costs to the firms.

Are these results similar across all kinds of male employees?

Was there any knowledge spillover or learning from different gender peers at all? There is a 0.3 standard deviation increase in knowledge sharing for male employees, which is a survey response for if the employee benefitted from agents sitting nearby on work-related issues. I do not find any evidence of knowledge spillover for women. This could be because, on average, women were more productive than men at the baseline.

What about incidence of dating among these young workers?

Was gender integration in the workplace useful for female employees?

Here also, I find that there is no overall impact on either productivity or share of days worked during the study period of being assigned to a mixed-gender team for female employees. However, these are less precisely estimated results, as there are fewer women in the sample because these workplaces are male-dominated. The next concern was whether these women are comfortable working in these male-dominated workplaces. For female employees, there is an increase in peer monitoring and comfort for those assigned to mixed-gender teams. The female workers in mixed teams received 0.2 standard deviations more peer monitoring and support relative to those in all-female teams.

These findings are important for both researchers and policymakers. They provide evidence in the under-studied subject of taste-based employee discrimination. Additionally, research on productivity improvements in this high-growth, largest private-sector employer is crucial for sustainable job creation for many young workers, particularly women. Policymakers in India are interested in further expanding these call centres to smaller cities and villages and are providing special incentives to firms to hire women. Some of the call centres, which are a part of the study, receive a subsidy from the central government (India BPO Promotion Scheme (IBPS)) for hiring female employees. The findings provide supportive evidence to strengthen the objective of the policymakers to boost female labour supply and empowerment in the country, by showing that integrating women in the workplace does not lead to an overall loss in productivity. It could in fact lead to increases in productivity if the male employees have progressive gender attitudes.

Published in collaboration with the IGC Blog.